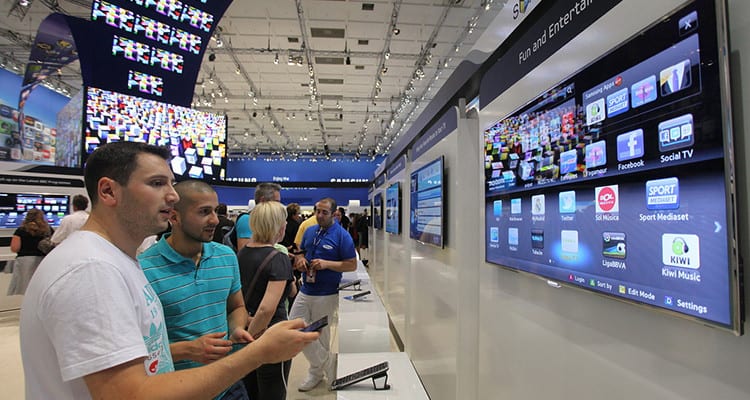 Though it might seem a little unbelievable considering just how much power and influence it holds over modern entertainment media the world over, YouTube is actually less than a decade old! It was founded in 2005 by 3 former, disgruntled ‘PayPal’ employees Jawed Karim, Steve Chen and Chad Hurley, who struck upon the idea after the Janet Jackson ‘nipple-gate’ fiasco at the 2004 Super Bowl. They experienced a great deal of difficulty finding and sharing videos of the ‘incident’ and set upon designing a solution that would allow users to upload videos and for other users to find them and stream them with little difficulty.

One $11.5 million dollar investment and a lot of man hours later and YouTube were opened for business officially in November 2005. 2006 proved to be a significant year of growth for the company, as they soon discovered that on average 65,000 videos were being uploaded every day and that they were clocking in an astonishing (at the time) 100 million daily views. Obviously this runaway success led to an increase in interest from the Internet’s ‘big names’ and by October that year, Google had bought out YouTube for almost $2 billion, a figure that would turn out to be an absolute steal!

Since then YouTube has gone from strength to strength and has actually overtaken television as the primary source of entertainment, information and education for 18-24 year olds. But does this mean television’s days are numbered?

Here, we endeavour to find out.

So what exactly does YouTube have to offer that we can’t get sat in front of our 48” flat screens? Well for one thing, the very idea of YouTube solely being a solitary platform for users to watch hunched over a computer keyboard is a thing of the past. Thanks to the growing ubiquity of modern games consoles and ‘smart’ devices, most users will now have a variety of tools at their disposal, which will allow them to use YouTube almost exactly as they use their conventional digital television boxes.

The main thing that YouTube offers over Television though is its community spirit. Literally anybody can upload anything (to a point) and have it viewed potentially by billions of people and that in itself is incredibly exciting. It’s also a platform which (in this day and age) can be used practically everywhere thanks to the current popularity of smartphones and tablets, the majority of which will no doubt have the YouTube ‘app’ installed. The ease with which uses can take a video and then view and upload on the same device, potentially within minutes means that YouTube is a platform with limitless potential and unlike major television networks, it’s under no obligation to actually produce its own material!

Indeed, the majority of the content on YouTube is completely user created and as thousands upon thousands of videos are being uploaded daily, you’ll never run out of things to watch, no matter how specific your tastes. Indeed, it’s by catering to niche markets (gamers in particular) that YouTube first made its name and continues to make its name.

It would be callous of me not to play devil’s advocate for a moment or two and whilst it’s true that YouTube offers a platform for users across the world to share their videos it is still years away from offering the same experiences that the best television can offer. The budgets for one thing. Could you ever imagine a series as ambitious as ‘Game of Thrones’ or ‘Breaking Bad’ premiering on YouTube? In the future, when overall broadband speeds have increased maybe, but right now it just wouldn’t happen. The closest thing we have to a ‘middle-ground’ is Netflix, and even that is made up primarily of shows and films that have already been shown on conventional television, with only a few (admittedly rather brilliant) original series to its name. The major hurdle YouTube has (which is very much its own fault) is the 15 minute, 20GB limit on its videos. Whilst this might be fine for an amateur production or a music video, there’s no way an ambitious, multi-arc serial drama could work on YouTube unless these restrictions were lifted. The main issue here of course is bandwidth, an issue which also limits the video quality of many videos. Indeed whilst HD video is possible on YouTube it’s the exception rather than the rule at this point and will continue to be so for the foreseeable future.

Watching television has always been a ‘communal’ experience too, which is something that YouTube has yet to properly branch into and whilst it is possible for users to watch YouTube on their televisions or even use a youtube downloader to download .avi files of YouTube clips to their entertainment centres, there’s still the issue of ‘immediacy’. Many younger users might think otherwise, but for those who grew up in an age when computers were the size of small kitchens, it’s still likely to be more of a hassle to boot up YouTube and search for a clip than to turn on the TV and switch to BBC1 for the evening news. This is largely down to the ‘quantity over quality’ approach YouTube has taken, but to further ‘vet’ videos before posting them would go against everything the site was originally created to represent and would require a significant investment on the companies part in terms of employee man hours.

As the platform continues to expand, the usability will no doubt continue to improve but right now, when it comes to good old fashioned family entertainment, there’s still life in the old idiot box yet!

A Virtual Service Can Help You...

One of the biggest obstacles

The History of the Pickup Truc...

Dodge was the first manufacturer