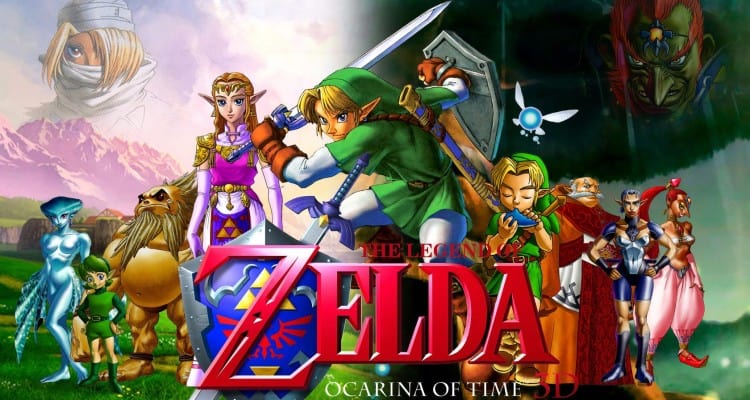 When Oscar Wilde wrote “Life imitates Art far more than Art imitates Life” he could never have envisioned that one day virtual reality games would be considered art. However, his words still ring true today, and arguably they apply more to computer games than other art forms.

When Nintendo created The Legend of Zelda: Ocarina of Time it is safe to assume that they had no idea how the game would influence people all over the world for decades to come. The music from Ocarina of Time along with other titles from The Legend of Zelda series has inspired thousands of people to learn to play the ocarina. For many people this is a first experiment with music.

To ease game players into the world of music, Koji Kondo’s excellent scores have been converted to ocarina tablature. Players can either learn by numbers or learn by looking at images. No previous musical ability is required. With enough practice people have learned to play entire songs from the games to an acceptable level.

The ocarina is an ancient wind instrument; versions of it have been discovered on archaeological sites that date back over 12,000 years. However, the demand for ocarinas that are similar to the fictional ones created in the Zelda computer games has prompted musical instrument manufacturers to create specialist ocarinas that allow musicians to play Zelda songs with greater ease.

The instrument of choice for Zelda fans is the Ocarina of Time 7 Hole in Alto C. It comes in a splendid blue glaze and if bought from Songbird Ocarinas it is presented in a wooden Treasure Chest, fashioned in the style from the games.

Of course, it is not only music that has transgressed from computer games to real life. Mattel have developed an Angry Birds board game in which players use toy catapults to fling the birds at wooden blocks. This has become a fun party game, especially among students who grew up with games on their mobile devices.

One of the oddest lines of merchandise has been inspired by Minecraft. Minecraft has very pixelated graphics by modern standards and this has led to a range of toys that are designed to look pixelated, including a Minecraft foam sword and pickaxe.

World of Warcraft, the massive online multiplayer game that is now in its tenth year, has many gimmicky products associated with it. The Sculpted Metal Keychain is a popular choice for diehard WoWers.

One games manufacturer identified the power of games to market toys and has incorporated this into their games. Activision developed Skylanders, a computer game that requires various toy figures to advance in the game. Using the “Portal of Power” which scans barcodes on the toys, players use the toy figures to build stronger characters. The popularity of the game has led some non-players to buy the toys even though they will never use them in the game.

As gaming continues to develop, both in terms of technology and market dominance, we can expect to see more gimmicks and toys becoming popular in future years. Augmented reality games are likely to lead to the biggest growth in games gimmicks as playing the game really does start to merge with real life; or as Oscar Wilde would have said, life imitates gaming far more than gaming imitates life.

If you happen to be

Destiny 2 has a long

With blogging and other online