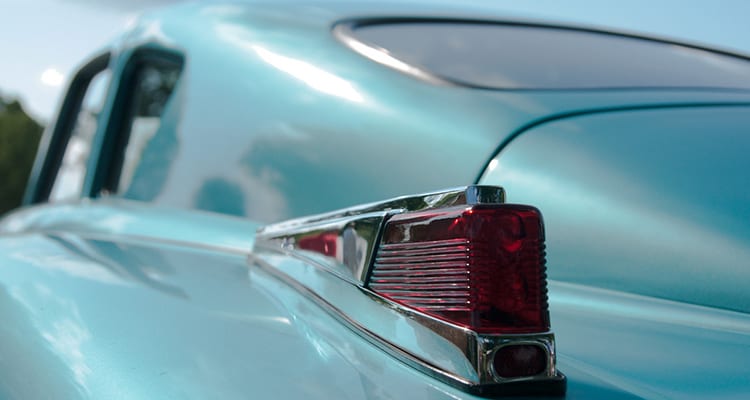 Automotive genius Preston Thomas Tucker had a dream to become an independent car maker and break into the market dominated by the big three automobile manufacturers. Here’s the amazing Tucker story.

During World War II, virtually all US automobile companies stopped automobile production. By the end of the war (1945), the American public had been without new model cars for almost 5 years and a great deal of demand had built up. Knowing this was could be a great time to sell new cars, Preston Tucker decided this was the time to establish the Tucker Motor Corporation.

According to Newark Chrysler –Used Car Specialists Tucker had worked for years prior to WWII on car designs and was ready to get things rolling. The first order of business was to obtain financing but Tucker soon discovered that securing loans from investors meant he would to give up a fair amount of control of his business. Tucker wanted to be in complete charge, so he began selling dealer franchises in advance of sales to raise cash. This attracted the attention of the Securities and Exchange Commission (SEC) and in late 1946, they began an investigation into this “unusual” practice.

Meanwhile, Tucker forged ahead with the design of his car. He commissioned famed designer Alex Tremulis to design his first car, the “Tucker Torpedo”.  The first car, completely hand-made, was completed and affectionately dubbed the “Tin Goose” by Tucker employees.

By the spring of 1948, Tucker had a pilot production line just started but realized that he was some $5 million short to keep it going. What did he do? He began a pre-purchase plan for Tucker automobile accessories such as radios and seat covers. This, of course, was before any cars were actually built!.

Although he raised $2 million in advanced payments on these accessories, this was the final straw for the SEC. On May 28, 1948, they launched a full-scale investigation and Tucker Motors was forced to stop production immediately and lay-off 1600 workers. Thus ended a remarkable chapter in automotive entrepreneurship.

How Your Business Can Better C...

What’s most important in business

Ten Advantages of Holding an O...

There is no company that