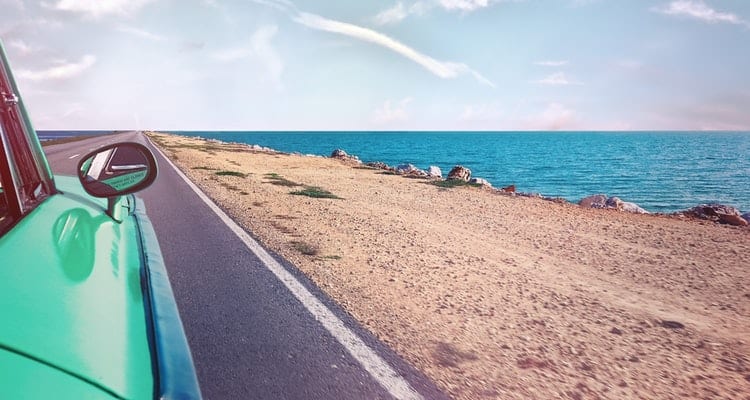 The 1950s were difficult for non-Big Three automakers (General Motors, Ford and Chrysler). Crippled by the Great Recession (1930s) and the cessation of car sales during WWII (1941-1945), many automakers were struggling when the war ended, and continued to struggle into the 1950s. Studebaker, like most of the other manufacturers, knew that bold steps needed to be taken or they would be soon would be joining the ranks of extinct car brands. Their bold step was the Avanti.

The history of Studebaker goes back to 1852 when Clem and Henry Studebaker opened a wagon/carriage shop in South Bend, Indiana. The business grew fast and in less than a decade, they had become a substantial company. By the time the 1800s were ending, Studebaker began to develop motorized versions of their carriages. In 1902, they released their first electric car and in 1904, a gasoline version. Soon, they were out of the old carriage business.

The early 1900s were boom years for the American economy and dozens of car makers germinated, both nationally and internationally. However, the 1930s saw the great depression and 1940s, WWII, and these two events thinned out the car company ranks. Studebaker, however, made it through.

By the 1950s, however, the post-war boom had cooled off and many of the smaller car brands merged to survive. In 1954, Nash and Hudson amalgamated into American Motors Corp., and Studebaker joined Packard, an unlikely prestige manufacturer.

In 1961, a dynamic new president for Studebaker, Sherwood Egbert, was recruited from chain saw manufacturer McCulloch. To revitalize Studebaker’s reputation, Egbert wanted an “image car” unlike any other so he turned to famed industrial designer Raymond Loewy, creator of the 1953 Starliner/Starlight coupes. Loewy agreed to design an all-new Studebaker model but only if given a completely free hand. Granted full autonomy, Loewy and a few associates worked around the clock in a secret location in Palm Springs, California. Within five weeks, the new “Avanti” appeared.

The styling of the Avanti was stunning. A two-door coupe, the hood dipped down to a slender front bumper. Blade-like front fenders extended ahead of the hood to flank two round headlamps. There was no grille. On the rear, small taillights wrapped around the rear fenders and wide C-pillars concealed a built-in roll bar. The Avanti was all curves and with not a straight line found anywhere.

The Avanti had an ungraded version of Studebaker’s 289 cu in, 240 hp overhead valve V8. Optional was a Paxton-McCulloch centrifugal supercharger. Our tech consultant at Lustine Toyota (Woodbridge, VA) explained how this worked: A turbocharger is driven by exhaust gases but a supercharger is driven directly off the engine.

A little too late

Although the Avanti was introduced in 1962, fiberglass body difficulties delayed production until 1963. This delay, plus Studebaker’s shaky financial condition, kept Avanti sales to only 3,834 models. This shrank to only 809 cars in 1964. Forced to close its Indiana operation in 1963, Studebaker production continued in Canada until 1966. The company ceased operations in 1967.

The Avanti was a brave attempt by a struggling company to save itself. While it failed at this, it did produce a daringly different car which is loved by car collectors world wide.

We Need to Talk About a Mobile...

How to Record Streaming Video

Want to grab some of

Most working people struggle to