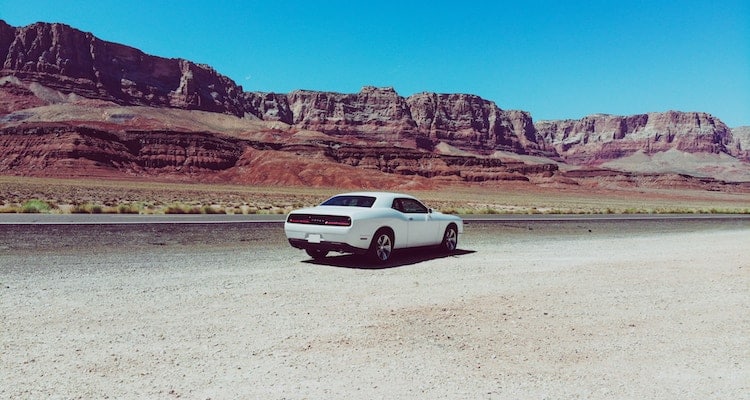 Ask a car enthusiast about Dodge’s iconic Challenger and you’ll probably hear a tale that starts during the muscle car era (1960s) and involves monster size engines and smokingly fast cars. Problem is, the Dodge Challenger had a proto-generation a full decade before. Here’s the story about the very first Challenger which was an understated, limited edition sedan that was sold for just one summer back in 1959.

As we discovered from East Hills Jeep (Greenvale, NY), the Challenger name was first used on a promotional model of the Dodge Coronet.  Introduced on May 1, 1959, it was called the “Silver Challenger” and was offered only as a club sedan in metallic silver paint. Far from the raw horspower muscle cars of the 1960s, the Silver Challenger was nothing special; It was simply a Dodge Coronet spruced up to allow dealers to sell cars during the slow summer months.

There were just two engine choices for the Silver Challenger: a 135HP 6-cylinder or 255 HP V8. Transmission choices included a three-speed manual with column shift or for an additional $189, a two-speed Powerflite automatic. An optional factory accessory included swing-out swivel seats to allow for easy entry.

Even though it was a reasonably attractive car, sales of the Silver Challenger were disappointing. Remember this model was specially made to sell just during the summer months. Chrysler records say that just 352 Silver Challengers built before the new 1960 Dodges went into production in late August, 1959.

Just for historical perspective, lets look at the real muscle car versions of the Dodge Challenger. These are the Challengers that are identified with America’s muscle car era.

The second generation Challengers were made between 1970 and 1974. They were based on modified Barracuda chassis and were available with some serious muscle engines.  For V8s, buyers could choose between a 383, two 440s and 426 Hemi. Chrysler came to the muscle car party a little late (early 1970s) but they made a big entrance when they finally got there.

The Silver Challenger is a good example of a automobile brand name that came on quietly as one type of car (a summer promotion!) and later was transformed into a roaring success as another type of car, in this case, one of Detroit’s most famous muscle cars.

Online conferences are a lot

POS in the Cloud: Modern Retai...

Brick-and-mortar, retail, establishments get a