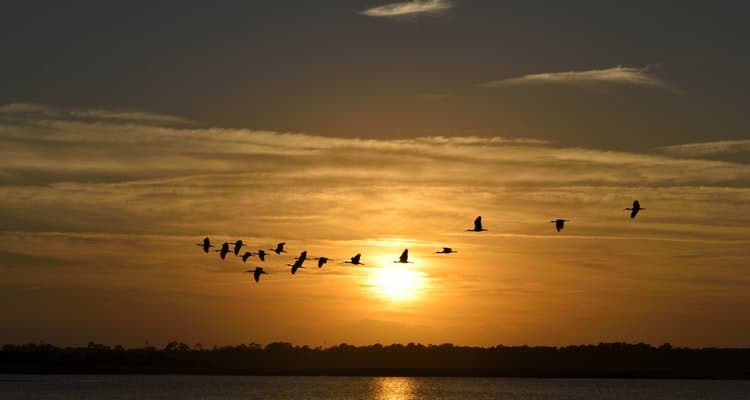 For decades scientists have watched and studied the habits of birds all around the world trying to decipher how they live, migrate, and interact with one another. Of course, tracking them isn’t always an easy task, as many species fly huge distances not just during migration but even on a daily basis. Take the frigate bird that is known to travel up to 300 miles per day. This is exactly why the scientific community is so excited about new technology that is aimed at making bird tracking easier, and more accurate than ever before.

Thanks to brand new data from the National Center for Scientific Research in Paris, and the leader of the team – Henri Weimerskirch – technology has determined that frigate birds are actually the best “soarers” out there and can fly for weeks at a time. As discussed in Lighthouse News Daily, these birds were tracked with transmitters that showed them traveling across the South Pacific and Indian Ocean.

The frigate bird seems to have perfected the art of using air currents to keep it flying, despite its large size. With just one wing flap the frigate can cover up to 40 miles. They have a six-foot wingspan, which gives them the highest ratio of wing surface area to body weight. What researchers also found is that these birds flew right into and through cumulus clouds, which is something no other species has been monitored or tracked doing.

And it’s not just the air currents they’ve mastered, they have also mastered the thermal and trade winds.

New tracking technology is also making it possible to uncover other mysteries of the frigate, such as their feeding habits which are rather odd. They wait for larger predators in the water to actually push bait up to the surface, then they dive in and capture that bait while in mid-air.

Thanks to the advancements in technology, researchers and scientists are essentially re-writing bird books and what people thought they knew about various species. They are using satellite imagery, isotope analysis, and geo-locators to help decode the migratory habits of birds. Called bird banding, scientists are now using this new technology to also find better more effective ways to protect birds by conversing larger areas than what was originally thought necessary.

Scientists have also taken it further and are using drones and smartphones to track endangered species, and the general public is taking part in the efforts. That’s right, crowdsourcing to save birds is now a thing. Simply download the app iNaturalist and you’ll be able to contribute to the scientific research being gathered. People can upload an image of a bird and then others out there will help identify it. Meanwhile it gives the scientists ways to track these various species.

As the technology continues to expand and be perfected even further, and crowdsourcing adds to the research and data, expect even more mysteries about birds and their habits to be uncovered.

If you want to get the most out of your Apple devices, especially a Mac, you must start storing your data in a cloud storage space. Storing

The printer producing industry has a business model where

How Technology is Changing Med...

Over the last few decades,