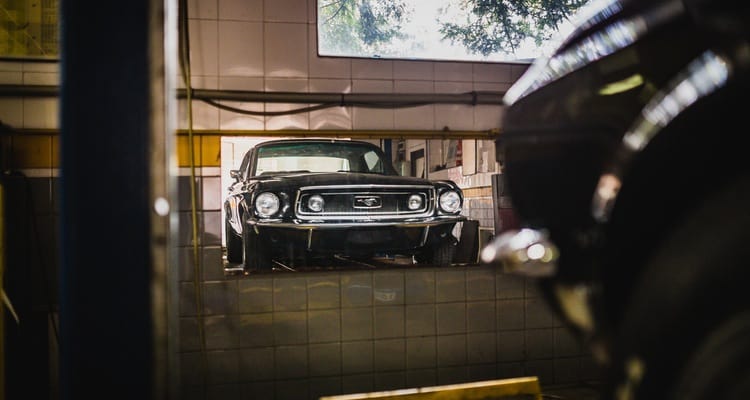 Here’s some very strange things that made an appearance on cars made in the United States, and one that almost did:

Features that Made Appearances

In the 1957 Cadillac Brougham, a very innovative car for its time, came with a mini-bar in the glovebox.  Doesn’t sound possible, does it? You should remember that this was over 60 years ago and in most States there weren’t Driving While Intoxicated (DWI) laws.

Is the steering wheel the best thing that automakers can use to steer a vehicle? Well, in the mid-1960s Ford had a better idea. In 1965, Ford tried to make the driving experience better and safer by bringing about the “Wrist-Twist” steering system.  It was destined only for Ford’s Mercury Park Lane models. With two small rotating wheels fastened to a steering stalk, the concept behind the “Wrist-Twist” was that a driver would have a better view of the road and the gauges. Due to customers not liking the feature, the design never made it into production and only existed on a few experimental Park Lane models.

In the early 1980s, Toyota was the first manufacturer to make “automatic” seatbelts. These “automatic” seatbelts were first put in Toyota’s 1981 Cressida. The seat belts were attached to the door, meaning that you needed to slide under the belt when getting into the car and lock them in place when the door was totally shut. It seemed like a good idea at the time but feedback from customers was not strong.  Although this was a way to ensure automotive safety, owners did not like the fact that they “had to use seatbelts” and many took them off.

What a great idea. What if the front seats swiveled so people could easily get in and out of their vehicles? Chevrolet thought this idea had enough merit that they put swivel seats in their 1974 Laguna S3 rotate. It’s hard to believe that this type of seat didn’t take off, seeing as it made the vehicle easier to get in and out of.

In 1956, Chrysler Corporation vehicles (DeSoto, Dodge and Plymouth) all made available an option called “Highway Hi-Fi” in their cars. Built by Columbia Special Products, Highway Hi-Fi was an installed player that hung beneath the dash.  The technology used custom anti-skip records that offered a very limited selection of songs and artists. Sometimes you can find the Highway Hi-Fi for sale on the internet.

One Item that Didn’t Even Make It On A Car

Horse heads are old.  Back in motoring’s early days, cars competed with horses as a popular means of transportation and there were a few problems.  Some horses were scared when a car approached because they didn’t know what a car was.  In 1899, Uriah Smith developed the greatest solution – a fake horse head.  The idea was that cars would be required to have a “Horsey Horseless” fake horse head attached to the vehicle’s front and this would calm skittish horses.  But this idea never seriously came about.

According to a recent study

Link building has been around