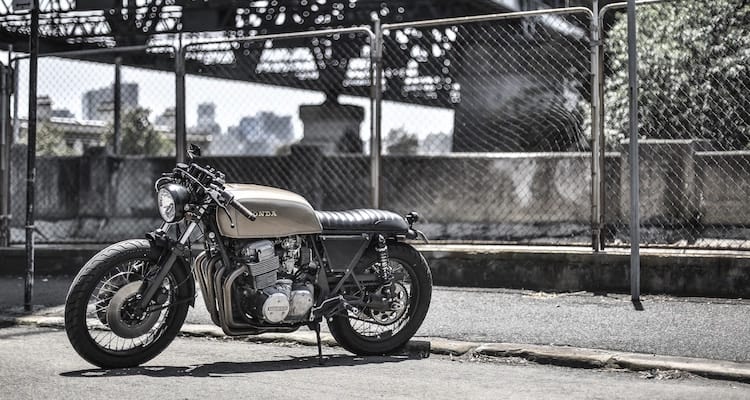 Are you new to riding motorcycles or are thinking about purchasing one?  If so, this article is for you. Suggested by the folks at Fred Martin Superstore (Barberton, OH), here are several items that safe motorcyclists keep in mind each and every time they ride.

Cars waiting to turn – Many motorcyclists have stories about just barely getting out of a crash with a car pulling out in front of them. Motorcycles aren’t nearly as big as cars so some people don’t see them when they drive. What can you do? Keep your eyes open! Intersections are dangerous for motorcyclists and most crashes have to do with drivers making left turns while going straight through the intersection to turn without looking where they are going.

Driving around corners – Motorcycles are fast and fun vehicles. However, once you have your motorcycle on the road it might be tempting to tear around every minute you’re on it. If you’re serious about getting on motorcycle and staying in one piece, be sure to use caution when taking turns.

Car drivers behind you – When is being stopped an issue?  When it’s in an intersection and you are on a motorcycle.  Drivers who are not paying attention tend to rear-end other vehicles, and in a motorcycle’s case, it may be a disaster. The folks at Fred Martin Superstore (Barberton, OH) remind everyone to keep your eyes on your rearview mirror everytime you come to a stop.

Vehicles changing lanes – Vehicle drivers are often switching lanes and pulling right into motorcycles that they don’t see because motorcycles are small and many drivers don’t see them in their mirrors.  The solution for motorcyclists is simple – look out for trouble and drive defensively.

Oncoming cars – Yes, oncoming cars are supposed to remain in their own lane but people get distracted.  Regardless of the reason–whether they are eating, texting or simply daydreaming–if an oncoming driver ends up in front of you, it is not going to end well. The solution is easy: always have a sharp eye on that opposite lane of traffic and be capable of reacting quickly.

Vehicles changing lanes – Vehicle drivers are often switching lanes and pulling right into motorcycles that they don’t see because motorcycles are small and many drivers don’t see them in their mirrors.  The solution for motorcyclists is simple – look out for trouble and drive defensively.

Panic stops  – Make sure to have a safe distance between yourself and any car in front of you, and this is why: It does not happen frequently but there are occasions that you need to slam on the brakes. Problem is that it is always very dangerous when you are riding a motorcycle. Because the front brake on any vehicle gives operators 70% of the stopping power, you need to use it, but with a motorcycle you have the risk of locking up the front wheel and skidding.

Opening car doors – While driving in the city, motorcycle riders need to consistently be on the lookout for people opening vehicle doors. Bicyclists have dealt with the problem for decades, but it’s even more dangerous for riders of motorcycles who often travel at faster speeds than bicycles.

If you practice caution you may avoid accidents, but the bottom line is that motorcycles are not as safe to ride on as cars are to ride in so it will pay off to be extra careful while riding them.

As we mentioned in Part

Everyone knows that new cars