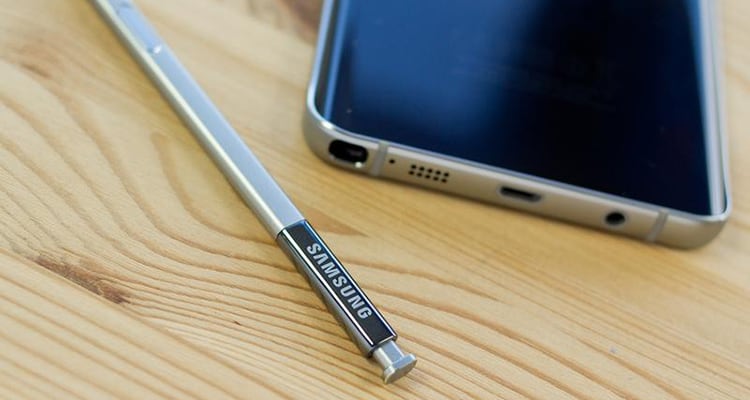 The Samsung Galaxy Note is considered a pioneer when it comes to phablets, and remains one of the most popular phablets in the world. Now, with the expected release of the Samsung Galaxy Note 6, which hasn’t been officially announced by Samsung, fans are scouring the web for rumors and any other information they can find on the new phablet.

If you are one of those eagerly anticipating the release of the Samsung Galaxy note, you are in luck because we have some of the latest rumors on what to expect when the phablet is eventually released.

One thing you have to keep in mind is that since Samsung hasn’t officially commented on the Galaxy Note 6 and the features it will have, some of the specs we provide here might change. With that being said, it’s time to discuss what we know about the Galaxy Note 6.

While the Edge has been the more popular smartphone, Galaxy Note users will likely prefer the flat display version of the phablet because the curved edges might make the phablet a little more difficult to use.

Users will also be happy to know that Samsung addressed some of the design problems they had with the Galaxy Note 5, which should make the Galaxy Note 6 perform even better. While the company stuck with the fixed battery design it used in the Galaxy Note 5, the fact that the size of the battery has been boosted to over 4000 mAh is a significant improvement.

In addition to the improved battery, the Galaxy Note 6 is also expected to have up to 256GB storage, 6 GB of RAM, and the fastest processors on a Samsung device.

The Galaxy Note 6 is also expected to have a 4K resolution screen, and after listening to customer complaints, the company will bring back the microSD port.

The Galaxy note 6 also has a lot of range, which is great news for people who use it as their personal computer. With the device’s 4G connectivity, users will always be able to stay connected to the rest of the world regardless of where they live.

The Galaxy Note 6 is also expected to launch with the Android N operating system. The general consensus is that the Note 6 will be released in the middle of August, but there is no way to provide a specific date until Samsung announces one.

Six Accessories For Your New ...

Are enjoying the excitement of

To succeed in the business