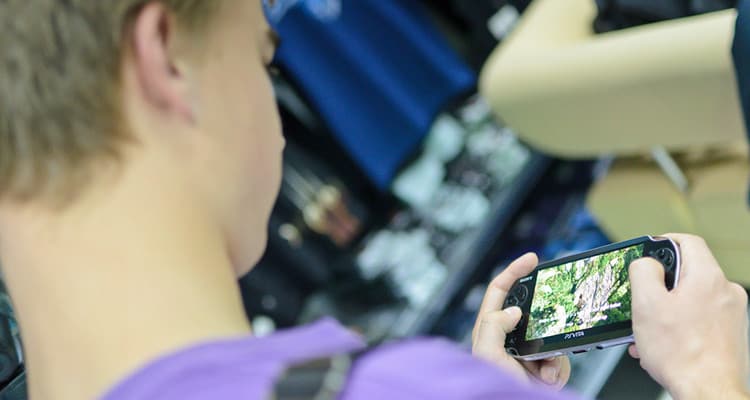 Mobile gaming has undoubtedly become much popular over the past couple of years. Everywhere you go, people are lost in the minutiae of the game they are playing. For many people, the casual game has become a new way of entertainment and has taken its place as a draw for those important entertainment dollars.

Whether through the initial purchase of a game or through micro transactions which drive me nuts, gaming will never be the same because of the way we buy and play them. Not everybody is comfortable with or feels the need to have a dedicated portable gaming device and so using their tablet or mobile phone is a perfect way for them to enjoy the entertainment that comes with gaming.
In the early days of mobile gaming and downloads, you were very limited in the types and quality of the games you could play. But with the money that the developers are seeing and the revenue a great game can create, many studios are re-releasing some classic games that hardcore gamers can finally play on the go and newer players can enjoy for the first time.

These games have been deemed classics by the gaming community on other platforms and are now available for download on your phone or tablet. Such classics as Final Fantasy, Minecraft and Grand Theft Auto are available for a fraction of what a dedicated system and the game itself would cost. In fact, some of these games weren’t available for portable gaming until very recently. The final Fantasy series has been wowing gamers for over twenty years and a multitude of platforms from the early days of the NES to the Playstation3. Along with the classics, the developers are even creating original content in the Final Fantasy universe for gamers to enjoy.

Grand Theft Auto has been a popular franchise for over a decade and being able to play the Playstation2 classics is a big deal for hardcore gamers. These games were never imagined as portable games, but the small quest size and pick up and play elements make it a perfect franchise for the small screen and is very enjoyable n bit size increments.

Being able to enjoy these games on the train or on a bus ride is a great way to relive some of the past classics in these particular genres of gaming. And the best way to experience these games is of course on a high end device with a large screen and some great Selby head phones. Immersing yourself in the universe, even for just a little while is all part of the experience and adds to the overall enjoyment of the game. In fact, the music for the Final Fantasy franchise is considered some of the best that video gaming has to offer. Using the right equipment is important in the enjoyment of the games.

How Technology is Changing Liv...

Twenty years ago, it would

How Mobile Technology and the ...

If you work in construction