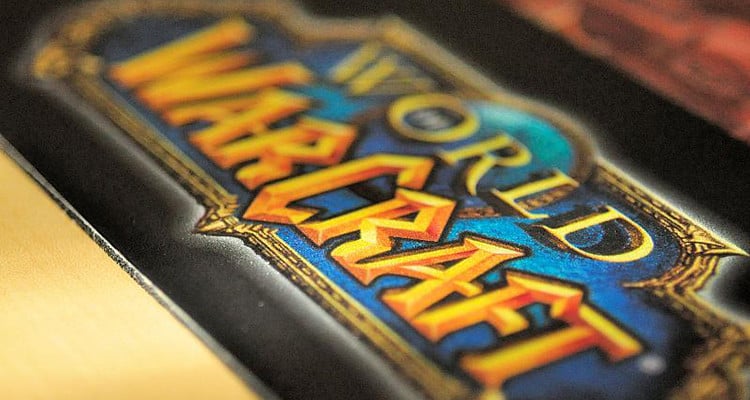 At the beginning of the year, the YouTube Video “Things You Do in Video Games That Would be Creepy If You Did Them in Real Life” went viral and with good reason. It’s hilarious and, really, when you start to think about it—with video games being built to be more “realistic” all the time, the things we do in those worlds are bizarre!

Going beyond the basic and hilarious things illustrated in Buzzfeed’s video, if you think about it, we do some pretty warped stuff in video games….

How many times have you decided to just drive around and crash into stuff for fun in Grand Theft Auto? You’d never do that with your own car! Imagine the expense! And let’s not even talk about how much killing we do—sometimes just to prove to our friends “no seriously, look how realistic the blood spatter is! That’s totally what would happen if you threw a grenade at somebody!” (Well, let’s not talk about it any more than that).

It’s easy to look at gaming as a world that encourages bizarre behaviors while also being a fantastic example of a person’s ability to distinguish between fiction and reality. More importantly, there are hundreds of articles out there that already do that. For this article we’d thought it would be more productive to talk about all of the actual practical and creative skills we’re learning through gaming.

The Legend of Zelda and the Ocarina

Cosplayers aren’t the only people who are after these instruments: the game has created an Ocarina movement…no matter what the Buzzfeed video might imply.

World of Warcraft and Leadership

I’ll be the first to admit that I do not have a great relationship with the World of Warcraft or its fandom. But in doing my research for this article I stumbled across the very poignant “5 Things I’ve Learned About Real Life from Video Games” post on IGN and it made me think about something I hear all the time from fans of WoW: “it’s taught me some really valuable leadership skills.”

It sounds silly but, for those not in the know, World of Warcraft is a MMPORG that actually encourages its players to band together in groups or “guilds.” These guilds can be small (a few people) or huge (a hundred people) and each guild has a pecking order. Making it to one of the leadership roles within a guild is often regarded with the same respect that someone who is promoted to leadership in an offline business.

Put another way: becoming a guild leader is, within the world of the game, worth just as much (if not more) respect as an attorney making partner in his or her firm. These leaders then have to coordinate the schedules of sometimes dozens of users for “raids” or other activities. They have to police the guild for in-fighting and harassment and dole out discipline where it is appropriate. The commitment is intense and, presumably (if these guys would leave their gaming chairs), they could relate those skills in a practical non-game environment.

Well…maybe only a little. The real “rock star” for games that teach you musicianry is Rocksmith 2014. Rocksmith is a game that plugs into an actual guitar (instead of a simulation instrument like the kind you use in Rock Band or Guitar Hero) and teaches you how to play that guitar. Like Guitar Hero, Rock Band et al, Rocksmith 2014 has a library of rock “hits” that vary in difficulty. Unlike Guitar Hero, etc, Rocksmith 2014 is intuitive and as you play through the songs, the game figures out your strengths and weaknesses and helps you address and correct those weaknesses.

Angela Webber, one half of the Nerd-Folk Duo The Doubleclicks (you’ve heard of them even if you don’t know it yet) reviewed the game for the Portland Mercury this spring and listed the Guitarcade (where the challenges are) as her favorite part of the game. She said the game feels exactly like a video game should and nothing like a lesson should, which, frankly, seems to be why she liked it so much.

It is easy to get all bunched up over whether or not playing video games is actually good or bad for you (and for our larger society). Where you all on this spectrum is completely up to you but one thing is undeniable: video games are what you make them. Sometimes the skills you learn are blatant, like with RockSmith and even Legend of Zelda. Other times they are vaguer, like with World of Warcraft.

What matters is what you do with those skills once you have them, not where you obtained them in the first place.

Why you should work on custome...

Regardless of the sector that

You are a dentist and