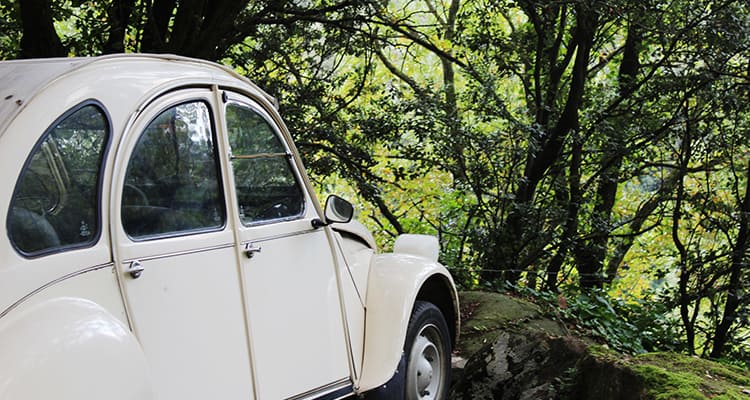 It’s something most of us face at some point; you need a “new” car and you don’t know whether it’s best to buy a good used one, or go for a brand-new one. The delimma: brand-new cars are nice to have -but expensive, and used cars are definitely cheaper -but don’t last as long.  So what’s the best choice? Well, there is no one right answer to this, maybe until you weigh environmental factors into the mix.  When you look at the total effects the production of a new car has on the environment, a good case can be made to keep an older car usable as long as possible. Here’s why.

New cars are made up of thousands of components that are sourced from all around the world and most of them are made from non-recycled materials. So that means metals like Iron, copper and some rare metals come from mining operations which are disruptive environmentally and involve toxic chemicals. Most of the plastics and vinyls in new cars come from virgin materials that are derived from petroleum products and involve plenty of waste and toxicity during their manufacturing phases. And then there is the emission of greenhouse gases that accompanies all these processes. Studies have shown that between 14 and 28 percent of the total carbon dioxide emissions generated during a car’s entire lifecycle occur during the car’s manufacturing phase.

The used car advantage? Every time a consumer opts for a used car over a new one, that’s one car that’s already passed through all the manufacturing phases and one less vehicle headed to the scrap heap for material harvesting.  True, a used car can’t be kept on the road forever but keeping them running as long as possible slows down the ever present push for new car consumerism.  Interestingly, it is a popular refrain to hear some car manufacturers claim that purchasing new cars is “patriotic” and “drives the economy.” While there is some truth to this -70% of America’s economy is attributable to consumer spending- it isn’t as if keeping used cars on the road doesn’t help things.  Kernersvillechryslerdodge.net explains that keeping a car on the road generates plenty of consumer spending in repair parts and maintenance, and generates plenty of jobs for mechanics and support personnel. Driving a used car is just a patriotic as buying a new one.

A common retort to the new vs used debate often takes the form of: “but what if you buy an electric car?”  A fair question because hybrids and EVs are quite energy efficient and generate little in the way of greenhouse gases during use. Well, they clearly win in that department but hybrids and EVs still have to be manufactured and they have special components with large environmental impact.  Particularly, the lithium-ion, lead-acid, or Nickel-Metal Hydride batteries are no friends of the environment during construction or recycling.  And pure Electric Vehicles (EVs) like the Tesla and Nissan Leaf are emission free only if the electrical power comes from a source that is renewable, like solar or wind. Today, it’s much more likely that the electricity will come from a coal- or natural-gas burning power plant.

We will leave you with the above issues to consider when you decide what is best to buy, a new car or a used car (or keeping your present used car running).  You may find you have circumstances that override some of our arguments, such as the need for an ultra-reliable vehicle for business purposes but, that being said, be sure to factor the environment into your decision.  Not enough people do. We need to change that and make it an integral part of the decisions that we face as consumers every day.

The Most Effective Digital Mar...