We Compare iPhone 6 vs Galaxy S5

Apple’s iPhone 6 and Samsung’s Galaxy s5 are two of the most popular smartphones available, and users of each phone swear that their phone is better than the other, prompting us to take a look at both phones, to determine which phone really is the best.

Apple’s highly anticipated iPhone made its debut in September, and from the looks of it, they listened to some of the biggest complaints that their consumers had. The iPhone display screen size has been one of the biggest complaints that users have, because it has been the same size since the original iPhone was released, despite the competition making their screens bigger every year. The new iPhone screen is 4.7 inches, which is an improvement from the iPhone 5, which had a 4 inch display screen.

The iPhone 6 operates on the new iOS 8.1, and has an A8 processor, which make it very fast. Unlike previous editions, this version is thinner, and comes with much improved WiFi and LTE antennas, that allow users to browse the web more quickly. One of the biggest improvements in the iPhone 6 is the camera, while it still has the same 8 megapixels the camera in the iPhone 5S, the autofocus has been drastically improved, and does a better job avoiding taking pictures that are out of focus.

The iPhone 6 also has a new feature called Apple Pay, which allows you to pay for apps and cash registered, by pressing your thumbprint into the Touch ID button, which makes paying for things quicker and easier.

The Galaxy 5s was released before the iPhone 6, but still holds its own when compared to the newer phone. It has a 5.1 inch AMOLED display screen, that is in 1080p High Definition, giving you very clear and colorful images. The phone runs on the Android 4.4 KitKat, and also has the TouchWiz interface, which improves the operating system.

It comes with a download booster, which works with either your Wi-Fi, or data connection, to help you download faster. The Galaxy 5s also has an ultra power saving mode, which allows you to use the phone longer, if you don’t have a charger handy. All you have to do is push a button, and most of your connections will be turned off, and your screen will be displayed in grayscale. According to Samsung, you can get up to 24 hours of use on a battery with 10% power left in the ultra power saving mode.

The Cameras on the Galaxy 5s are also improved, and it now has a 16 megapixel rear camera. The camera has a continuous auto focus that is very fast, making it great for action shots. The video shoots in 1080HD, and it also has the capability of shooting in Ultra HD, making it the best smartphone video available.

The Galaxy 5s is both dust and water resistant, and can be left in 3 feet of water for up to 30 minutes without getting damaged, as long as the plastic power port cap is in place, which means you don’t have to be worried about dropping your phone in water anymore.

Trying to decide which phone is better is a tough call, because their specs are so similar, the Galaxy offers users more storage space, more battery life, a removable battery, and a dust and waterproof phone. The iPhone offers users a better looking phone, a better camera, and Touch ID works better than Samsung’s fingerprint scanner. The bottom line is that the iPhone 6 gives users a better experience, because it runs faster than the Galaxy 5s, giving it a slight edge over its counterpart. 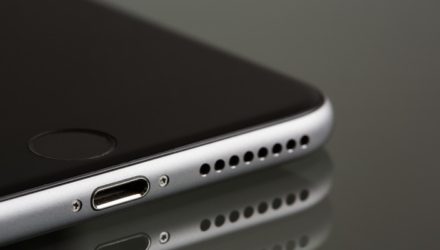 We are only a few months away from the release of the highly anticipated iPhone 7, which means tech fans are scrambling to find out as much information about 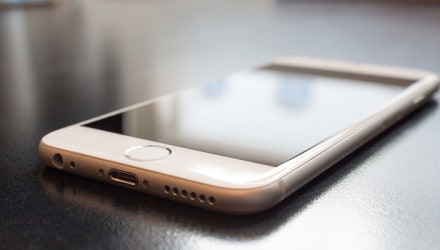 Massive steps forward are being made in VoIP and unified communications technology every year. These advanced business phone systems are changing the way we work and interact in the

Microsoft SQL is undeniably one

When you think of the