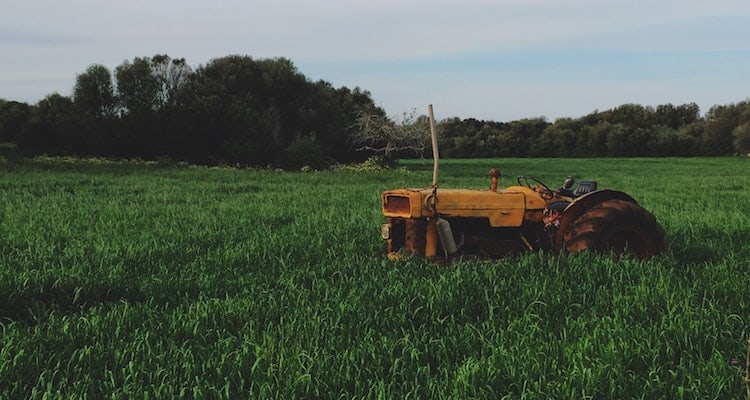 If you want a truck today, your choices are either Chevrolet, Ford or Chrysler. What you can’t buy is a truck from International Harvester, the company that made the first farm truck. Here’s their story.

It started with farm equipment

In the mid-1800s, a farmer named Cyrus Hall McCormick invented the reaper and established a company, McCormick Harvester, to build them. Soon he was building a large variety of mechanized farming equipment and was selling it through a large dealer network. He was tremendously successful not just because he made good equipment but by establishing a liberal credit system by which a farmer could pay for the equipment via installments.

International Harvester knew the demand for a motorized farm buggy was there and they set about designing one. In 1907, released a high-wheeled, two-cylinder “Auto Wagon.” Although they were slow (the company warned against speeds over 20 mph) and resembled horse-drawn wagons, Auto Wagons fulfilled the purpose for which they were designed: hauling farm produce to market.

The first year’s production was just 73 Auto Wagons. Production increased tenfold the next year when 725 units were built. Additional production space, better production facilities permitted an increase in production to 2,465 Auto Wagons by 1909.

By 1915, motor trucks were beginning to emerge as an important factor in the transportation industry. To meet demand, International Harvester developed a new line of trucks that were low-wheeled vehicles and offered increased power and speed. It was one of these that on June 14, 1916, became the first truck to scale Pike’s Peak.

According to our sources at Thompson Automotive, it should be noted that the mainstream automobile manufacturers just started to experiment with trucks in the 1920s. By then, farm trucks were a huge part of International Harvesters business. Between 1915 and 1925, International Harvester built a total of 56,685 trucks in ten different models including the first “heavy-duty” truck with a capacity of five tons.

Today there are dozens of truck models from an international array of companies. What is amazing is that the company that started it all, International Harvester, isn’t a player in the marketplace.

While lockdown has proven to

While moving into a new