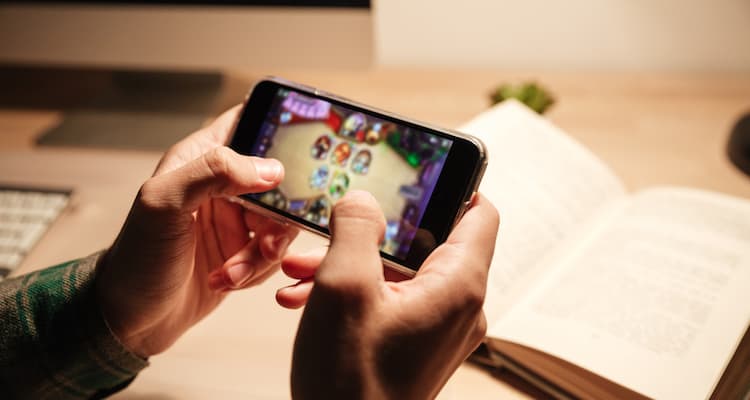 How to Make a Mobile Game Everyone Loves to Play

Most of us who want to learn how to make a mobile game envision recreating the experience of either our own favorites or those overnight success stories about developers who quit their jobs when their apps went big.

Both of those things are possible, though there isn’t exactly a shortcut to either destination. In the following article, however, we’ll be giving you everything you need to know to begin working towards it. Let’s begin!

Every big job like creating mobile games begins with having the right tools at-the-ready. In this case, those tools would include a computer, smartphone, developer account, and some form of a design program.

You know what a computer and smartphone are, so we won’t bore you with the details there. By “developer account,” we mean the platforms you’ll be publishing through. The two biggest are Apple’s App Store and the Google Play Store.

From there, you’ll need a graphic design program. You’ll also need to put in the time to get proficient at using it, and it doesn’t hurt to learn video game design, in particular.

Games are built on a game engine. There are four basic types that offer varying degrees of complexity and customization.

Using a template program is the easiest path to a finished game, but you are very limited on backgrounds and functionality. You basically just decide on the main characters.

Drag-and-drop engines give you a bit more flexibility while still being incredibly easy-to-use. But virtual scripting and coding are the only real paths for how to create mobile games with 3D graphics or multiplayer functionality.

3. Decide on a Game Style That Excites You

If you haven’t by now, you’ve got to decide the type of game you wish to make. The most popular for beginning developers are puzzles, word games, and platformers.

Depending on which route you choose, creating games on mobile can be very tedious work. Schedule long sections of uninterrupted time that you can work on it, but don’t forget to recharge your energy and enthusiasm along the way.

It’s also a good idea to beta-test when creating mobile app games. This means putting out your work product to small groups of people who are willing to test out the game’s functionality and give you their honest feedback.

Now it’s time to play game (not ball, unless we’re talking about a baseball game of course)! That means you’ve made it through the beta-testers’ notes, you’ve made additions and subtractions to the game as necessary, you’ve written a killer product description, and you’ve grabbed your best screenshots and video clips for the public.

Upload it all. You may have to wait a few days for it to go live, but once it does, tell the world about your creation!

Learning How to Make a Mobile Game Can Be Lucrative

That said, now that you know how to make a mobile game you should also keep in mind that it should be a labor of love. You’re going to be spending a lot of time on the research, development, and marketing, so choose something that invokes your passion.

Best of luck! For more insider gaming tips, check out some of our other posts.

We Need to Talk About a Mobile Gaming Service...

The average mobile gamer plays for just 13 minutes a day. In that time they are likely to be interrupted by an advert for every two minutes of gameplay.

The world of online gaming isn’t simply a place

How to Set Up a Gaming Room...

Movie buffs get cozy in their home theatres. Book

Looking Forward to a Smarter

A protest group has caused