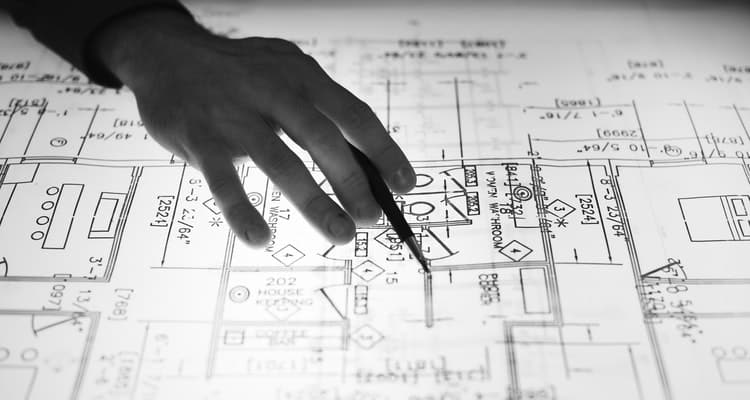 How Technology is Evolving Construction Drawings

A Quick Look at How Construction Drawing Evolved Throughout History

The construction drawings have come a long way from its humble beginnings in the ancient times where it was usually drawn in the stone pillars and are erased as soon as the buildings are finished. The Temple of Apollo at Didyma in Greece holds the evidence on this when archaeologists found a “construction drawing” in an unfinished stone wall in one part of the temple.

The blueprint as we know it today started to appear in its earliest form during the dark ages or the medieval times. The oldest known surviving architectural plan is the plan of St. Gall which is considered the national treasure of Switzerland. One of the most fascinating thing about this is that the plan was never built. It got its name because it was kept at the famous medieval monastery library at the Abbey of St. Gall where people can wonder at it to this day.

It was during the Renaissance when the drawings looked a lot like the modern blueprints as we know it today. It was during this time period that the father of the modern blueprint Filippo Brunelleschi used the camera obscura from the classical ruins that became the basis of his works. You can see his work when you visit the Florence Cathedral and marvel at its dome which he built.

The modern blueprint got its distinctive blue color during the year 1842 when John Herschel discovered the cyanotype process where the architectural drawing was made on a semi-transparent paper, and then it was weighed down on top of a sheet of cloth that was coated with potassium ferricyanide and ferric ammonium citrate which are photosensitive. At the final stages, the document is exposed to light, and the exposed parts of the background of the drawing became blue, while the drawing lines blocked the coated paper from exposure and remained white.

During the 19th and 20th century, there was a big surge forward because of the invention of a wide array of chemical and mechanical processes like the Diazo process which gave us the white print. There were also the Aniline prints, Cyanotypes, Diazotypes, Gel Lithographs, and Van Dyke Prints to name a few.

Making designs using VR allows the designer to use their hands so that they can manipulate objects and create a more organic shape with higher levels of details. Working with their hands allows more control on how the design will look like from the inside out as well as making the designer feel up close and personal with their design.

Planning your campaign: Your f...

The internet plays an important

As a communications and learning