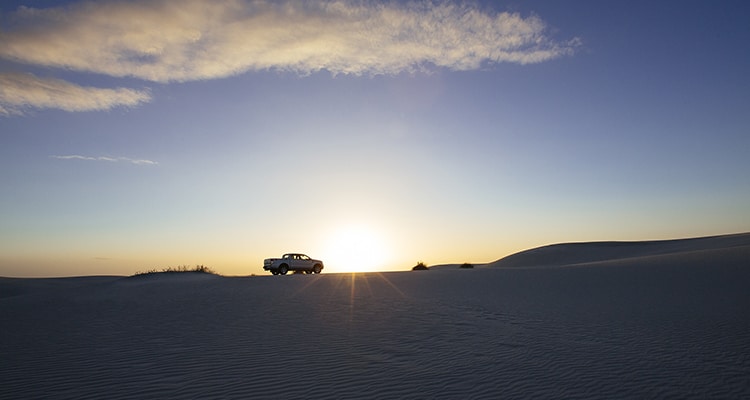 The History of the Pickup Truck

Dodge was the first manufacturer of trucks.  They built hundreds half-ton multipurpose trucks for the US Army to use in WW1. The utility of these trucks was immediately recognized and effectively jumpstarted the civilian construction of similar vehicles. Dodge’s original civilian truck had a max payload of 1,000 pounds and was powered by a 35-horsepower, four-cylinder engine.

Not long afterwards, Chevrolet jumped into the marketplace with the first Chevy truck, the Model 490 (it was named after its sticker price, $490). It had a 21.7-horsepower, four-cylinder engine and no pickup bed.  Buyers were expected to build their own truck beds and plenty of plans were available in the magazines of the day.

It didn’t take long before Henry Ford saw the potential of the pickup truck and in 1925 started making the “Ford Model T Runabout with Pickup Body.”  It was priced at just $281, far below the competition. The bed was small -just 56 inches long, 40 inches wide, and 13 inches high. Power came from a 40-horsepower, four-cylinder engine and the famous Model T three pedal transmission.  Demad was through the roof and Ford built 33,800 pickups in 1925 alone.

By 1932 Ford had already sold over 3 million Model T and Model A pickups.  The category was hot. It wasn’t until the 1930s, though, that the modern pickup as we know it was introduced by Ford. It had a full cab and a choice of bed; either with walls or as a flat bed, and a choice of V6 or V8 engines.  The designs were more distinctive too with longer bodies and beefier looks.  Things came to a halt in 1941, when the US entered WWII as all the automobile factories changed over to making war machinery.

After the war ended in 1945, the automobile manufacturers switched back to civilian car production.  Thus began the golden era of pickup truck production with most manufacturers jumping in. In 1947, Chevy  offered its new heavy duty pickup. It was huge,  offered the first three-man seat,  a roomier cab and better visibility through bigger windows.  Dodge’s B-Series truck followed shortly thereafter and offered a bed noted for its high walls and exceptional carrying capacity.  In 1948, Ford started their famous F-series line available with inline-six or V8 engines. The first civilian Jeep, the CJ-2A (technically not a pickup truck) was introduced in 1945 for use on the nation’s farms.  It was notable for its front and rear mounted belt-drive attachment which served as a mobile power supply for farm implements.

The oil embargo in 1974 sparked interest in smaller, more fuel-efficient compact pickups.  The manufacturers responded with models such as the Ford Ranger, the Chevy LUV and a number of Japanese imports. This included of course, according to Reedman Toll Subaru of Langhorne, PA , a full service Subaru dealer, the unusual Subaru Brat pickup.  Another thing happened in the 1970s. In 1977, the Ford F-150 became best-selling truck in America, a distinction that it still holds today.

The new millennium brought Japanese full-size pickups to America, like the Toyota Tundra and the Nissan Titan. These have been moderately popular but many Americans preferred the domestic models for shear ruggedness and durability. In 2013, U.S. buyers bought almost 2 million pickups, with the state of Texas leading the way.