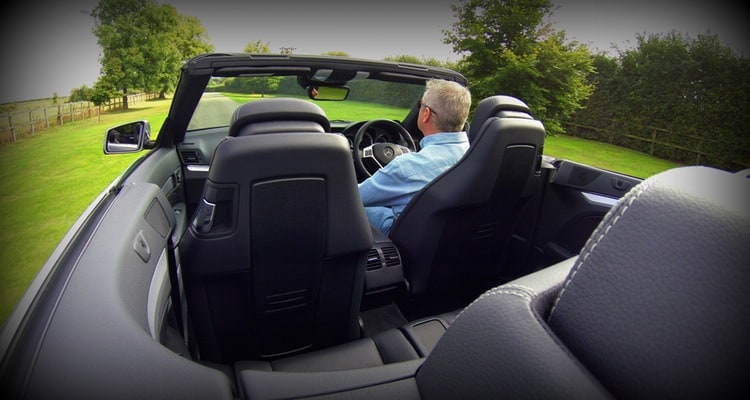 Ever since there have been cars, there have been car seats and many different materials have been used over the years to pad them. Originally car seats were padded with natural materials but when the plastic revolution occurred in the 1950s, artificial seat padding was developed. As you likely are aware, the comfort of automotive seating is major selling point today and a great deal of work goes into seat design.  Let’s take a look at how this rather pedestrian material, car seat padding, has changed over the years.

The first car seats were essentially the same type of seats that horse-drawn carriages used. Typically they were leather covered with metal coil springs with horsehair padding.  This style of car seating was used for many years by a variety of automobile manufacturers.

For a couple decades, Henry Ford padded his Model T seats with a special kind of hair. The problem was that untreated horsehair would disintegrate over time. The engineers at Ford developed a technique whereby horsehair was bonded with natural or synthetic rubber. This gave the horsehair a nice resilient feeling and prolonged the life of the padding.

Several manufacturers used coconut fibers treated with natural or synthetic rubber in their seating. This had the advantage of being naturally sanitized and great quantities were available for the burgeoning automotive industry.

Latex foam was developed in the 1930s. Latex foam is constructed from the milk or sap from a rubber tree. Rubber trees have major economic significance because its milky latex is the primary source of many things made out of natural rubber. Today natural rubber is used in products such as gloves, catheters, balloons, hoses, belts, and swim caps. The automotive industry switched to latex foam seat padding quickly and it remained a mainstream material until the 1950s.

In 1961, the first flexible moulded polyurethane foam car seat production was started using cast aluminum moulds heated in a hot air oven. This “hot cure foam” production was the start of a rapid takeover of the seating market. Journalists, dealer and consumers loved the fit and feel of custom moulded seating and the technique is still used today.

“Cold cure foam” was developed in the 1970s. Contrary to hot cure foam it can be produced at low or even ambient temperatures. This foam has a latex/rubber-like feel, higher support factor, improved inherent flammability resistance and – most importantly – better maintains its resilience over the long term. And of course, the lower production temperature means less energy consumption.

The sales department at Kayser Chrysler Center of Watertown, WI, a factory authorized Chrysler, Jeep, Dodge, Ram dealer, says the future of car seats and padding is unknown with any certainty but heating and cooling of seating surfaces seems to be gaining momentum.  And, a push for greater seating comfort will always be in play.

Microsoft SQL is undeniably one

Tips for Getting Into Engineer...

Engineering is an increasingly popular