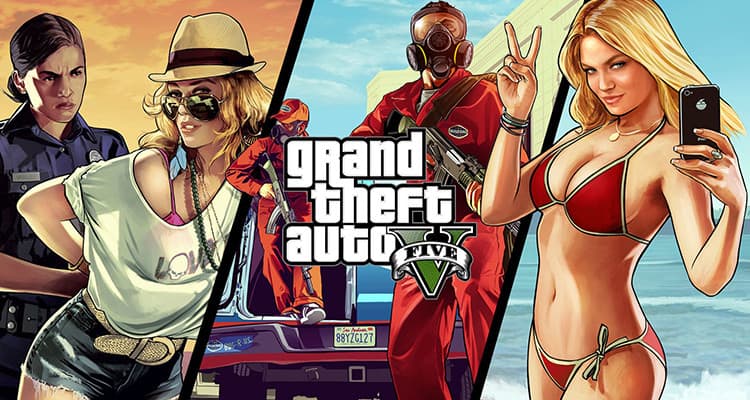 Grand Theft Auto 5 – Our Game of the Year

Grand Theft Auto 5 is the latest installment in the Grand Theft Auto series by Rockstar Games, and one of the most anticipated games of the year. As a fan, I can honestly say it was worth the wait.

Grand Theft Auto 5 is set in Los Santos, a city fans that have played Grand Theft Auto: San Andreas are familiar with. Instead of the story focusing on one character, you get to switch between three main characters.

Michael, one of the three characters you will play as is a successful criminal that is retired, he is bored with his uneventful life, and craves the excitement of the criminal life.

Franklin is a repo man from the hood, trying to make a better life for himself. He is drawn to the life of crime by a friend, and meets Michael who takes him under his wing and introduces him to the world of big time crime.

Trevor is a former associate and of Michael’s, he is the definition of a psychopath, and the most entertaining character in the game.

The three characters have their own stats, which increase as you play the game, they work together to plan all sorts of crimes like heists, kidnapping etc. There are some missions that have to be completed as a team, there are situations where you are all on the same job, but have to switch characters at certain points to complete the mission. There are also a lot of solo missions for those who would rather work alone. You can also switch between the characters when you aren’t on missions, to see what the other characters are up to.

Rockstar games added a lot of improvements in GTA5, when you plan heists; you are given choices on how you want to approach the job, the choices you make have a huge impact on how the job plays out. Some jobs require you to get some equipment before the job, hire a crew for the job, and even figure out where to hide the getaway car before you can pull off the job.

You can now customize your weapons by adding suppressors, scopes, flashlights and other add-ons. The landscape is very big, giving you a lot of things to do when you aren’t on missions, like jet skiing, playing golf, tennis, or hunting deer. You can also buy businesses like in previous installments or even play the stock market.

Rockstar Games really raised the bar for open world games with Grand Theft Auto 5, which is definitely the best in the series. I can’t wait to see how they plan to top it.

So you have made a

When people think about customer

A Guide to Selling Your Servic...

If you’ve decided to start

Who Will Rival The ALMIGHTY Ap...

It will come as no