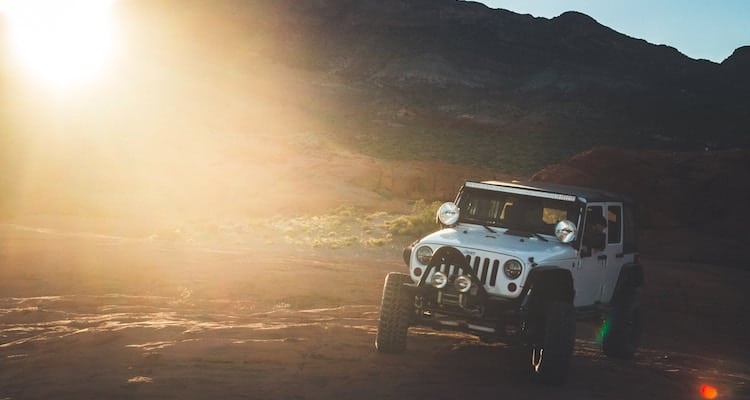 Automotive shock absorbers have been built and installed on vehicles the same way for decades. You probably know what they look like: metal tubes with bolt holes so they can be mounted underneath a car or truck’s suspension. Basically, they are sliding metal tubes with internal pistons and hydraulic fluid that act as stiffeners.  While the old style shock absorbers are still alive and well, a new breed is being introduced: Kinetic Active Systems. Let’s look at how this all works.

First of all, they don’t absorb shocks

It is important to know that shock absorbers don’t absorb shocks. (You may want to let that sink in for a few seconds.) The springs on your vehicle, either coil or leaf-style, are the devices that absorb the bumps of the road. What the shock absorbers do is dampen the up and down movement of the springs so your car doesn’t bounce around.  Yes, technically, shocks should be called something like “spring dampeners.”

According to the service manager at Millers Chrysler, Dodge, Jeep, Ram (Martinsburg, WV,) shock absorbers have dampening oil inside that moves from one chamber to another slowly.  The design of shock absorbers requires some thought because wheel impacts from rough roads need a soft response but body roll needs a stiffer response.  There is always trade-offs involved.

The new Kinetic Active Systems still use oil-filled tubes with internal pistons dampening the vehicle’s springs but utilize some new technology. To diminish the compromise between ride and handling, the creation and manipulation of damping forces are moved outside the shock absorbers. A network of hoses connects all four units to two hydraulic accumulators.

Essentially, the eight chambers inside the four suspension units are interconnected. The top chambers on one side of the vehicle are hydraulically linked to the opposite side’s bottom chambers, and vice versa.

Consider what happens when a one-wheel bump is encountered.  The suspension motion pumps oil out of one chamber into the other chamber only in that shock absorber. Only one shock absorber is involved.  When the car negotiates a corner, the car begins to roll and the cross-plumbing arrangement yields a response dramatically different from the one-wheel reaction. Now the outbound flow of oil from all four hydraulic units travels into just one accumulator. The nitrogen inside acts as a spring to resist that flow. As a result, the body roll is contained and there’s no need for anti-roll bars.

Because the bump and roll modes act independently, the Kinetic system can be tuned to provide a controlled response to one-wheel bumps and body roll simultaneously. Adding electronically adjustable orifices allows the damping to be matched to car velocity.

Soon to be common

The advantages of Kinetic shock absorber systems are so strong that we should be seeing these on dozens of car models soon.  As usual, the systems will like show up on sporty and luxury cars first.

A Short Guide to Studying Elec...

Electrical engineering is a solid

A Guide for Tech Business Owne...

Do you want to take