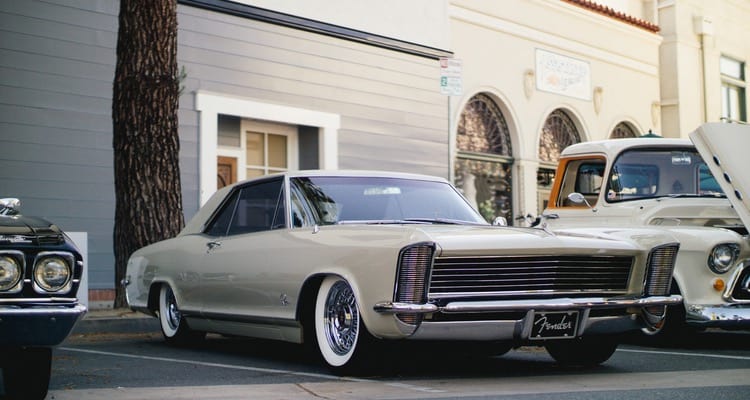 Features that Came With Old Cars

Old cars came with all kinds of features. We would like to present you with names of those items, and what purposes they served for the car’s occupants. Keep reading to find out all about these interesting things that cars used to come with!

These looked super cool on cars, and the name tells you exactly what they do: they pop up when you need to use them. They are not found on modern-day cars, due to factors like wind noise, aerodynamics and pedestrian safety. They were great while they lasted!

In 1956, many vehicles were made available with a feature called “Highway Hi-Fi.” Built by Columbia Special Products, Highway Hi-Fi was a built-in record player, which hung underneath the dash.  Highway Hi-Fi used 45rpm anti-skip records. You might be able to find these units for sale on eBay where antique car enthusiasts hang out.

In the 1980s, Toyota became the first car maker to make “automatic” seatbelts. The seat belts were attached to the door, meaning that you slid underneath the seatbelt when getting into the vehicle. It seemed like a good idea at the time but feedback from customers wasn’t strong.  After all, there was no law at the time that said you needed to wear seatbelts.

In the 1970s, Ford and a few other manufacturers thought that it would be a wonderful idea to replace the horn-button in the steering wheel’s middle with a squeezable rim that would trigger the horn. Although this sounded like a fantastic idea, it had one big defect: as time passed, the horn activation would occur at random times. Oops.

Is a steering wheel the best technology automakers can use to steer a car? Well, Ford attempted another method in the 1960s. In 1965, Ford tried to make the driving experience super safe and overall better by introducing the unusual  “Wrist-Twist” steering unit. Made for Ford’s Mercury Park Lane models, it featured a couple of rotating wheels fastened to a steering stalk.  Google it and you will see a picture.  The concept behind the “Wrist-Twist” was that the vehicle operator would have a fantastic view of the road. Thus it was seen as a safety feature. Unfortunately, due to poor feedback, the design never got to a mass-production stage.

Mini-Bar in the Dash

The Cadillac Brougham in 1957 came with a mini-bar in its glovebox. We’re serious, and trust us; we’re not making this up! This seriously happened but it does not sound possible–which state would allow such a thing? You have to remember that this was over 60 years ago and in many States there were not any Driving While Intoxicated (DWI) laws.

We hope that you have gotten plenty out of this super interesting article. Thank you for this Lexus dealer’s help on this article! This dealership is in the Owings Mills, MD area.

Wherever you look for digital