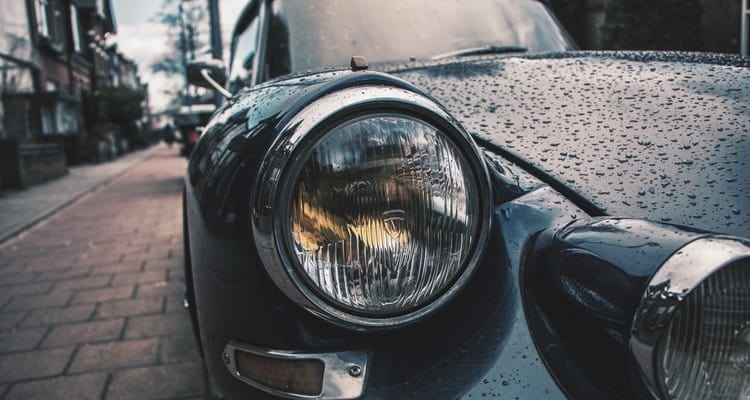 The Evolution of Car Headlights

Beginning in the late 1800s, headlight technology was just a gas lantern with a reflecting mirror inside. The gas was typically acetylene and was created by adding water to calcium carbide. These lantern-based lights could burn for a number of hours but provided low-candlepower.  If a vehicle was moving slowly, they were acceptable illumination, however, automotive engineers knew that more powerful lighting would be necessary.

This Dodge dealer’s team in Catonsville, MD says that the first electric headlights made their first appearance on an electrically-powered car, a 1898 Columbia. Unfortunately, those headlights were not immediately much of an improvement. These early headlights had weak tungsten filaments that frequently broke on rough roads and they were not bright to begin with. In fact, it was common for drjivers to carry a number of replacement spares and be ready at any time to stop the vehicle to install another bulb. That must have been so frustrating!

Another problem with the early electric lights was that they cast a wide beam of light and focusing these lights into a more useful, brighter cone required bulky, convex lenses. In the 1910s, the Corning Glass Company assisted with this venture when they debuted their Conaphore headlight. This type of headlight used a Fresnel glass lens to focus the light beam.  Fresnel lenses let the glass covers to be far thinner than standard convex lenses. This was a tremendous advantage.

In the 1940s, the “Sealed Beam” came about.  Anyone who’s worked on a car that was made in the United States from 1940 until the early 1990s knows what “Sealed Beam” headlights are: one-piece electric headlights combining the filament, reflector, housing, and lens all into a single unit.

Ultra-bright halogen bulbs came out in the 1990s. Many people think that halogen is a kind of gas. Halogen is not a gas, it’s really a group of special chemicals combined with an inert filler gas.  Halogen provides a special atmosphere that lets tungsten elements burn brighter and with less energy. Many cars use halogen bulbs today.

The cutting edge in automotive headlights now is light-emitting diodes (LEDS). These are solid state devices (no filaments) and are ultra-bright. LEDS have been used on turn signals, parking lights, and taillights for many years now and they are starting to be put into headlight applications. One of the most important advantages that LEDS offer is their efficiency.

We hope that you have enjoyed looking at how the automotive headlight evolved over the last 100 or so years! Very interesting stuff, don’t you think?

The battle between Razer Blade

Productivity Tips for Your Nex...

Business trips can be a

How to Protect Your Business f...