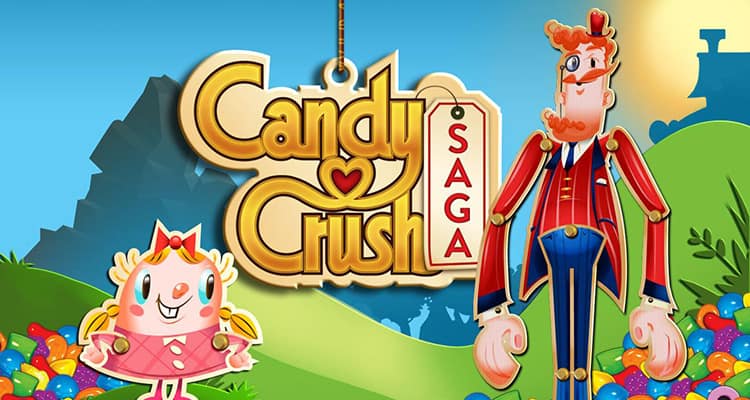 Can Candy Crush Soda Saga save King: and what that means for mobile gaming?

After a miserable summer that most will have wanted to forget, it appears that King Digital Entertainment may yet have some fight in it. Now, as it launches a sequel to Candy Crush Saga, one of the biggest mobile games manufacturers on the market is entering a crucial period.

The company launched on the New York Stock Exchange back in March, hitting the market estimate for its eventual value of $6 billion on the day. Unfortunately, that didn’t really match what King was hoping for, as it had aimed for a value of $7 billion and ended up losing out as soon as it hit the markets.

It then carried on its downward trajectory off of fears that it couldn’t build on the success of flagship app Candy Crush Saga. Despite some staggering figures for that app, with $633,000 a day earned from the US alone during its peak period in July 2013, market fears that King didn’t have another hit on the way undermined its share price.

For a brief time, the story changed and King’s backers appeared to be shouting louder than its detractors. The initial IPO price of $22.5 a share always proved a sticking point, though, and King largely remained within the $18-$19 level.

That is, until it released its last earnings figures back in August, and wrote off over 20% of its value in a single day. Revenue missed expectations – a true disaster for a young ‘growth’ stock – and forecasts were revised down. The company’s shares went below the $14, and over the next few months sunk to $11. For the first time, King was worth less than half what it had hoped when it listed on the New York Stock Exchange.

There were still encouraging signs from the earnings call: the company’s much-vaunted reliance on Candy Crush was showing signs of fading, and profit hit target.

Now, those early signs have come to fruition in the company’s latest earnings report. Released on November 6th, the report revealed that King’s non-Candy Crush titles were responsible for 49% of total bookings. When compared to 40% of gross bookings last quarter and just 15% last year, that puts King on a positive trend. It had four games in the top 15 grossing charts on both Apple and Android’s stores. Active users were on the up, and revenue beat targets.

Many traders, it seems, had predicted the strong figures as King’s shares returned to around $13.50 in the days before the release. The release itself saw King’s shares pop up 3%, a happy change from every other time the company has reported figures to the markets.

Problems still abound, though. The company might have hit its targets, increased its users and diversified from Candy Crush, but it is still reporting gross bookings that are significantly down from last year: by over $100 million.

The reason for this drop becomes clear when King’s earnings are scrutinised. Monthly active users may be up 37%, but month paying users are down 33%. The average money earned from each paying user has increased by just over $4, but King is struggling to find more people that will spend money across its games.

Which is why the release of Candy Crush Soda Saga is so important. With its latest earnings call, King demonstrated that it could be a successful games manufacturer without Candy Crush, but not that it could repeat the success of that game. Now, it has a chance to prove that Candy Crush Saga was not just a one off. Considering the impact the Candy Crush had – proving that the free to play model could be a huge earner, and encouraging a host of other developers to follow suit – this is a pivotal time for mobile games as a whole.

Whether the people that made King so much money first time round will be willing to spend similar amounts on a game that does little new remains to be seen. If they are, then the ubiquity of free to play games on the mobile market may well be here to stay. If not, then mobile gaming could be in for some real turbulence.

Spread bets and CFDs are leveraged products and can result in losses that exceed your deposits. The value of shares, ETFs and ETCs bought through a stockbroking account can fall as well as rise, which could mean getting back less than you originally put in.

This information has been prepared by IG, a trading name of IG Markets Limited. The material on this page does not contain a record of our trading prices, or an offer of, or solicitation for, a transaction in any financial instrument. IG accepts no responsibility for any use that may be made of these comments and for any consequences that result. No representation or warranty is given as to the accuracy or completeness of this information. Consequently any person acting on it does so entirely at their own risk. Any research provided does not have regard to the specific investment objectives, financial situation and needs of any specific person who may receive it. It has not been prepared in accordance with legal requirements designed to promote the independence of investment research and as such is considered to be a marketing communication. Although we are not specifically constrained from dealing ahead of our recommendations we do not seek to take advantage of them before they are provided to our clients.

How it Works: Running Windows ...

In their How to Run

Three IT Careers to Consider I...

IT is an industry with

When you think of the