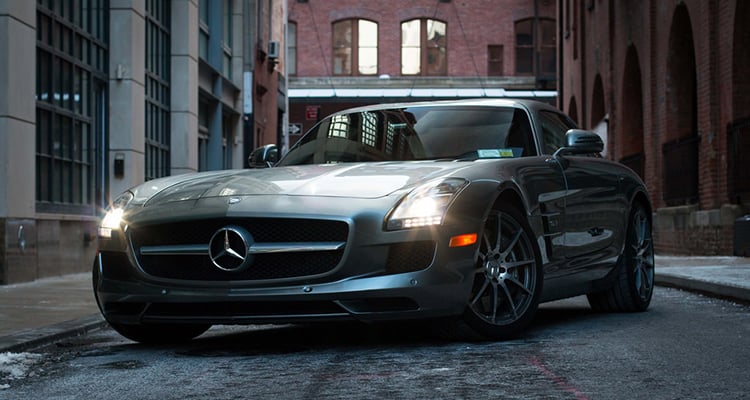 Why aren’t there more Gullwing Doors?

Some really great automobiles have had gullwing doors, vintage cars like the Delorean DMC-12, the Mercedes 300Sl are famous for them.  And, today we have the Tesla Model X crossover with “Falcon Wing” doors.   But gullwing doors are rare today despite the fact that they are much easier to open in a tight parking space then a standard door and you can load things into the car without hunching over. So why aren’t gullwing doors more popular?

First, they’re hard to design. It may not seem like a big deal to design a door that opens “up” instead of swinging “out” but there are a few challenges involved. The first is that the weight of a gullwing door has to fight gravity on its way up. And doors made of metal and glass are heavy. In order to make this work, springs, torsion bars or motors need to be integrated into the door assembly.  Another design issue is that they have to seal well to keep out the elements. Standard doors are relatively easy to seal, probably because the technology is so well known, but gullwing doors aren’t. Even Elon Musk, the man behind the Tesla automobile empire, himself mentioned in a press conference that Tesla “has learned a lot about door seals.”

Also, Gullwing doors aren’t quite as passenger-friendly as regular car doors.  The owners of gullwing cars have to constantly explain to new passengers how to get in and out of the vehicle. Owners say that this gets old after a while.

Finally, and to the Federal Government, the most important detail is: it’s hard to make them safe.  Federal US safety regulations require that car doors be designed so occupants aren’t trapped when vehicles are involved in rollovers. In other words, the car has landed on its roof and is literally upside down. This isn’t a problem with standard doors, they can just swing out, but with gullwings, it’s different.  Today, many solutions exist depending on the manufacturer. On the Mercedes SLS AMG, for example, the gullwing doors are designed with explosive bolts that blow the door off its hinges if the car rolls over.  This allows the gullwing door to fall free of the vehicle so passengers can exit the vehicle.

So, going back to our original question: why aren’t gullwing doors more widespread? Well, our friends at Reedman Toll Jaguar of Langhorne, PA, a popular Jaguar dealer, surmise that the manufacturers have decided that it’s just easier not to have them. While they do offer a few benefits—like a whole boatload of cool—most manufacturers have decided they cause more trouble (and cost more money) than they’re ultimately worth. It would appear that gullwing doors will still be utilized on expensive, exotic cars but there is little reason for the car manufacturers of the world to put them on ordinary sedans and coupes anytime soon.

In the classic car collector