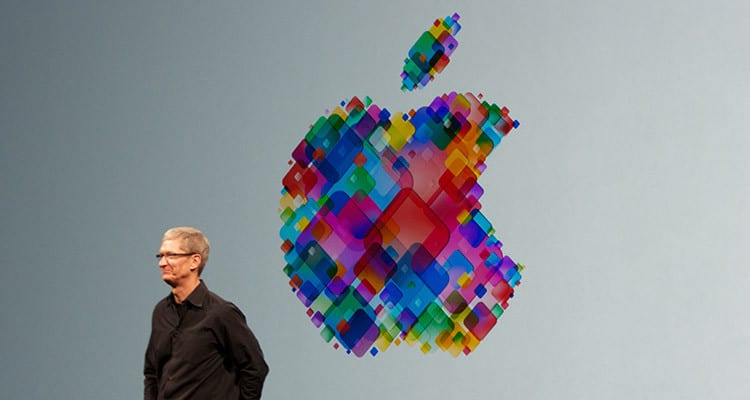 Apple recently released their financial reports for the first fiscal quarter of 2015, which ended on December 27, 2014. The technology giant posted a record high $18 billion profit, which tops the previous high, that was posted by ExxonMobil in the second quarter of 2012, by $2.1 billion.

The biggest reasons behind their record earnings, were the release of the highly anticipated iPhone 6, the iMac, and sales from the Apple App store.

The iPhone 6, which was released in September, was expected to be make the company a lot of money due to the demand for them, but it exceeded the expectations of a lot of analysts, and generated $74.5 million in revenue, which was also a new record for the company.

The news of Apple’s record profits, helped the company’s stock, climbing as high as $120 on Friday, and closed at $119.

While Apple is happy with the news of the record profits, the sales of their once popular iPads continue to decline, falling 22% from a year ago. Experts are speculating that the increased size of the new iPhones, especially the iPhone 6 Plus, the increasing saturation of the tablet market by other companies that are making cheaper alternatives that are just as effective, and the resurgence of the laptop market, as the likely culprits behind the decline in sales of the iPad.

Despite the disappointment in iPad sales, Apple doesn’t have a lot to complain about these days. During the last quarter, it became the top smartphone manufacturer in China, which is very significant, because China has untapped potential, and can become an even bigger market for the company. Apple also sold more units of the new iPhone in China, than they did in the United States.

With the first fiscal quarter over, industry experts will be watching to see how the company fares in the third quarter, after the release of the Apple Watch, which is scheduled to come out in April. Rival companies like Samsung, have already entered the smartwatch market, but Apple is hoping that the Apple Watch will have the type of impact the iPhone and iPod had on their respective markets. In the past few years Samsung have before a major competitor to Apple with the release of their cutting edge mobile devices.

There are some experts that doubt that the Apple Watch will be as successful as the iPhone was when it was initially released, because the smartwatch market is still relatively small, and also because it will likely cost a lot of money, which they don’t think a lot of people will be willing to pay for a watch.

We should all be familiar

Office spaces are not what

When Should Business Servers B...

Business servers have become a

When people think about customer