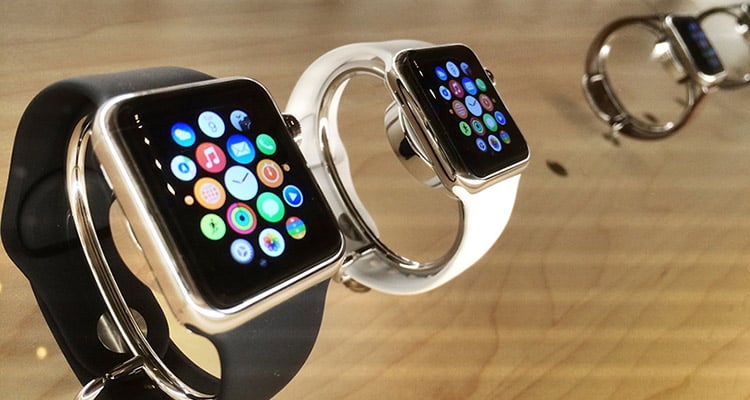 After months of anticipation, Apple finally released the Apple Watch in April. Since it is their first entry into the smartwatch market, a lot of eyes were on the new Apple Watch, and people want to know if it lives up to the hype that surround other Apple products.

The first thing you notice with the Apple Watch is the design, which is very well done. The Apple Watch is very fashionable, and isn’t as bulky as some other smartwatches, and you have the option of choosing from three different models, which come in two different sizes and have six different types of finishes. This allows you to choose a smartwatch that fits your needs and satisfies your fashion sense at the same time.

It has a curved rectangle shape, which was fine for me, but might be a problem for people who prefer circular shaped watches. It also has curved glass covering the edges, which might be prone to getting scratched. Unlike other smartwatches, it has a digital crown that looks like the part of old wrist watches that were used to wind them, but in this case, it is used to scroll through the screen, which is a pretty neat feature.

Like other smartwatches that came before it, you have to have a phone that is compatible with it, and in this case it has to be an iPhone 5 or a newer edition, so don’t bother buying it if your iPhone is an older model. Now when it comes to the features, the Apple Watch tries to set itself apart from other smartphones, and it succeeds in most parts. You can use it to monitor your heart rate, track your steps, and log your runs. You can also do the basic functions you are used to with smartwatches, like send text messages, receive messages from your friends, dictate messages, and make speakerphone calls.

If you are into emojis, this is definitely the smartwatch for you, because you can ping your friends by sending an animated emoji. You can use the Apple Watch to play music like you would with an iPod, and you can also use it to listen to music using wireless Bluetooth headphones.

The biggest negative I could find with the Apple Watch is the fact that the battery life is very short, and barely lasts a full day, unlike other smartwatches that can last for days. Recharging is also a hassle, because it takes a very long time.

Other than the battery issue, the Apple Watch definitely lived up to the hype, and I might go as far as calling it the best smartwatch I have seen. Like other Apple products, be prepared to pay a premium for it, because the current price ranges from $349 to $17,000.

What Is Influencer Marketing A...

Businesses today have understood the

Reasons to Invest in PPC Marke...

If you own a business

The Dummies Guide to Google Ad...

Forget about traditional modes of