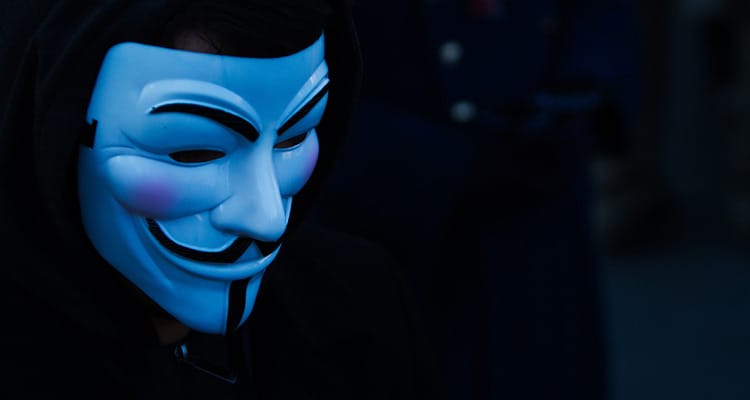 Anonymous is Not So Anonymous – Are You An Easy Target

On November 5, 2014, hundreds of thousands of protesters took to the streets as part of the Anonymous Millions Mask March. And it wasn’t just in the U.S. – the 463 million Mask March programs took place across the globe. In fact, the International Business Tribune has called it the single “largest world protest” by one of the world’s most influential groups.

But, what exactly is Anonymous and why all the hype?

The story goes that in the sixties, a child was born in Maine named Christopher Doyon. Doyon’s mother passed away when he was still a child and because he didn’t really like his dad, he found solace in CB radio. That also marked the turning point for the young boy.

At the age of 14, Doyon had escaped to Cambridge, Massachusetts where he joined a group, part of the emerging computer counterculture. In 1985, they formed their first movement known as People’s Liberation Front (PLF). Netscape Navigator was developed in 1994 and in 2001, the first hacking activity took place; Doyon’s PLF disabled the R.I.A.A. website for an entire weekend.

Anonymous a digital entity uses its numbers to its advantage. This means they will target your digital assets (no real threat of physical theft) distributed denial-of-service (or DDoS) attacks, brute force exploits, and other trial and error methods of penetration. With a DDoS attack, the only true way to protect yourself is to have regular backups. If you lose data as a result of a coordinated attack you can employ data recovery teams or services to get your site back online. Anonymous likes political targets so if you are involved in such affairs or find yourself in a situation where you could be a candidate for their wrath, have someone monitor their boards (4Chan is a good place to start).

The Emergence of 4Chan

Two years later, another hacker group was formed. Having been inspired by the activities of other hacker groups, PLF in particular, Christopher Pool, then only 15 years of age started 4Chan.

4Chan was primarily a chat community where fans of anime could post and share photographs. Every user was required to provide a screen name; if you didn’t provide one, you would be called Anonymous. Asked why they chose “anonymous,” Poole replied, “We had no intention of discussing intelligence issues of foreign affairs.” So, the motive was never bad. He even says that one of the goals of the 4Chan community was to find “LULZ.” LULZ is derived from LOLs, a term commonly associated with being happy.

Within 4Chan there was a category of users who called themselves /b/tards. Around 2004, some users of this group started calling Anonymous an independent entity. Members of Anonymous were called Anons and anyone was at liberty to join.

The main difference between 4Chan users and Anons was that while 4Chan focused on trivial topics, Anons were known to be crusaders of justice.

Anonymous Outgrows 4Chan
By January 2008, Anonymous had grown past 4Chan. They met as hackers on dedicated Internet Relay Chat channels where they coordinated topics.

In the same year, the brought down the Church of Scientology website for close to a whole week. On 15th March 2008, members of the group marched past Scientology churches all across the world wearing the now trademark Guy Fawkes mask. The mask can be seen in the movie “V for vendetta.” It is also around the same time that they adopted their slogan: “We are Legion.”

In December 2010, Doyon under PLF worked together with Anonymous to bring down the Santa Cruz County website and in January 2011, they set out to Tunisia on a mission to “take down its dictator.” In 2011, a host of Anonymous-related activities were announced on the internet including Operation Morocco, Operation Bahrain, and Operation Libya.

LulzSec (Lulz Security) was formed in April 2011 and hacked the website of PBS and later the C.I.A within a few weeks. Fourteen members of LulzSec were later arrested for DdoS (Distributed Denial of Service) attacks on Paypal.

Anonymous’ latest activity is the release of Ferguson Police dispatcher, Bryan Willman’s personal information (who they mistakenly thought had killed Michael Brown. Some Anons have blamed Doyon for this incident.

It remains to be seen what is up next for Anonymous, but from the look of things, anyone can be a target. They say they “demand a world that is free from abuse…, a world where everyone has an equal chance to be whom and what they want to be.” So, you never really know when you’ll cross their path.

How Your Business Can Use Mobi...

Businesses are always looking for

Is Your Office Environmentally...

As we now appreciate the