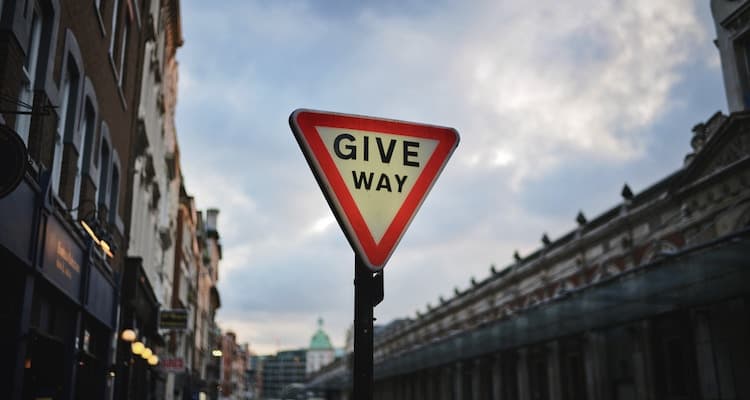 Using turn signals to tell others which direction you are heading started way before there were cars.  If fact, the practice undoubtedly was used 100s of years ago when transportation consisted of just horse-drawn carriages. A formal system, however, was developed in the mid-1980s for use on bicycles. It essentially is the same system that is used today. Just watch a bicyclist and you’ll see it in action.

The first “modern” electric turn signal can be attributed to Edgar A. Walz, Jr. who in 1925 secured a patent and tried to market it to major car manufacturers. Believe it or not the car manufacturers weren’t interested, and the patent expired fourteen years later with no buyers!

Turn signals evolved differently in Europe. The solution for signaling turns was using hand signals at first but later by mechanical arms known as Trafficators. These trafficators were mounted on the sides of cars and were powered by electro-magnets to raise an arm with a bright light (usually mounted high on the door pillar) indicating a turn was about to be made.

Buick was the first over here

Back in the States, Buick was the first U.S. automaker to offer factory-installed flashing turn signals. Introduced in 1939 as a safety feature, turn signals were advertised as the “Flash-Way Directional Signal”. The flashing signals only operated just on the rear lights.

In 1940, Buick enhanced the directional indicators by extending the signals to front lights and adding a self-canceling mechanism. That year (1940) directional signals became standard on Buick, Cadillac, LaSalle, and the Hudson vehicles.

The Feds get involved

In 1968 the Federal Motor Vehicle Safety Standard 108 required amber (rather than the earlier white) lens front turn signals; rear signals could be red or amber.  Note: It was also in the sixties that 4-way hazard flashers were first required.

Reliable light-emitting diode (LED) technology for signal lights was introduced in the 1980s. Our technical consultant at East Hills Subaru of Greenvale, NY, noted that because LED lights do not depend on lens color, they emit true red and amber hues. This means that clear lenses can be used. While it hasn’t happened yet, it may not be long before filament bulbs have been phased out completely.

Though the basic turn signal technology hasn’t changed in years, future improvements may include increased strength and durability for parts that are consistently used and abused, an alert when the turn signal switches off even before we’ve started our turn, and customizable turn-signal tones. While there’s still a need for such innovations, we’re all better off relying on technological wizardry rather than hand signals.

Roads to Drive During Your Lif...

Below, you will find a

New technologies in the money ...

The money transfer process has