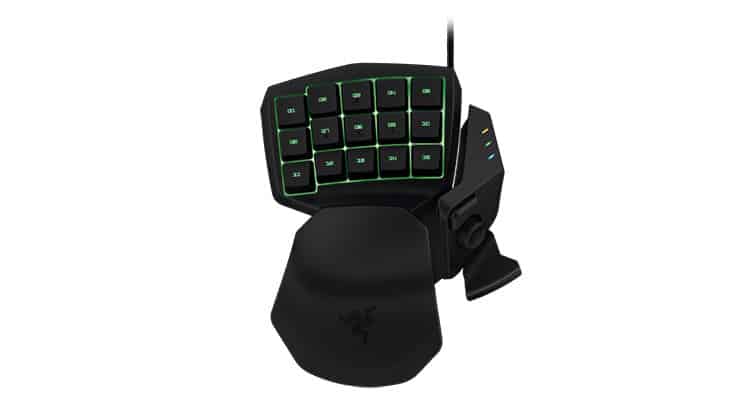 6 Must Have Gadgets For Gaming Enthusiasts

Gaming has evolved from a small, niche audience of tech lovers to a multi-billion dollar industry that is enjoyed by nearly everyone. Not only has the number of games and consoles significantly increased throughout the years, but there are now many accessories that can add to the gaming experience. Some of these accessories will improve your gaming abilities, but most of them just make gaming easier or better. Here are the top accessories to get gamers.

Wireless controllers are very common with consoles. In fact, wireless controllers have become the norm with systems like the Wii and Xbox One. The same isn’t true for PC and mobile games. PC gamers are expected to use a keyboard, which isn’t too difficult, while mobile gamers have to use in-game touch controls, which can be a hassle with complex games.

The Steelseries Wireless Controller is a Bluetooth-enabled controller that will work with nearly any computer or smartphone. It doesn’t matter if you’re using a Mac, Windows computer, iPhone or Android device. Not only does it provide seamless interaction with PC and mobile games, but the controller will last for 10 hours if it’s fully charged.

There are a ton of gaming mice that have programmable keys and other useful features, but few can rival the Razer Tartarus. This is perfect for MMORPG players, or anyone who needs to shift between over a dozen hotkeys to beat other players. The Tartarus has an eight-way thumb pad for easy moving, and the 25 hotkeys at the top are easy to activate.

If you’re tired of looking at your keyboard or using two hands to control your character, then this mouse is a necessity.

Another Razer product, this works perfectly with the Tartarus or any other gaming mouse. A mouse is only as good as the mouse pad it’s sliding on. If the pad is rough and thick, then the mouse might stick every now and then. What would have been a great battle turns into your character just standing there and doing nothing.

The Destructor’s thin and slick surface ensures that any mouse can easily move without sticking. It works with both optical and laser mice, so it’s a great accessory for any PC gamer.

Racing games are supposed to be immersive, but they really don’t feel that way when you’re steering with a controller or keyboard. While the games are still exciting, they would be much better with a real steering wheel. That’s where the Driving Force GT comes in.

This is a durable and sensitive steering wheel that lets any player feel like they’re really in the driver’s seat. Not only are the movements realistic, but the wheel vibrates according to what’s happening in the game. There’s also a throttle and brake pedals to make the game even more immersive.

If you or someone you know loves Minecraft, then you need to pick up one of their various accessories. All of them are foam objects that are based on various items in the game. You can get a sword, pickaxe or torch. The torch is probably the best because it lights up, but all of them are perfect for Minecraft enthusiasts.

Microsoft decided to include a Kinect and camera into the Xbox One console, but the same isn’t true for the PS4. While the PS4 has many facial recognition and camera-based features, the camera isn’t included with the console. For those of you who really want to unleash the PS4’s power, then you need the camera.

Many games currently have 3D motion controls, and you can also expect voice controls to become common in the future. This also allows you to talk with friends while playing, which has been a driving force in the PS4’s sales.

There are hundreds of gaming accessories, but these six are definitely the best for computer, mobile and console gamers. They will improve the gaming experience, and some of them will also enhance your gaming abilities. If you’re buying one of these accessories for someone, then be sure to ask the gamer what games he or she plays to ensure that the accessory is useful.

Battlefield 4 is the latest

Key Updates to Make Your Busin...