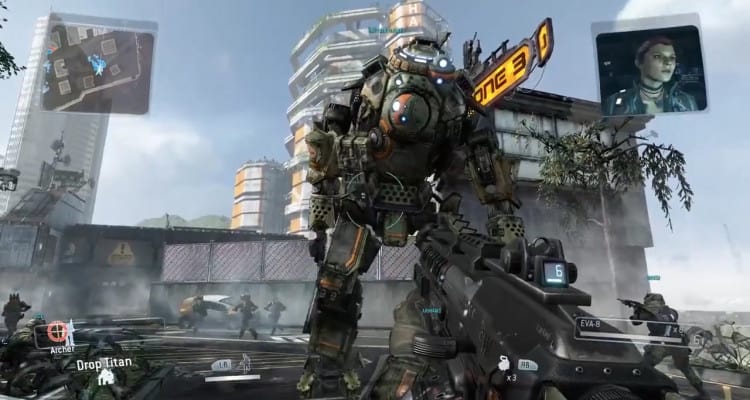 Are you a gamer? If yes, then 2014 will be a great year for you. With some of the most intriguing games set to launch, get ready for an action packed 2014. Wondering which Games, 2014 I am talking about, here goes the ultimate Gaming experience to look out for in 2014. Titanfall, Mario Kart 8, south pack: the stick of truth and Gran Turismo 6 not to mention Tom Clancy’s the division promise to keep you glued to your gaming pads in 2014. Let’s delve into each of these Games, 2014 and find out what exactly to expect.

Developed by Respawn entertainment, this is one first person shooter video game you do not want to miss out on. So here is the plot, set on a war torn planet, the players fight in multi-player matches only. The game is not only intriguing to play but also action packed not to mention fast paced. You have the capabilities to not only hijack Mechs but also run on walls with extended periods between player deaths. For optimal graphical enhancement, the developers offloaded non player activities to serves by utilizing Microsoft’s cloud computing thus you can get ready for an experience of a lifetime.

If you are a fan of the super Mario series, then this one is simply going to blow your mind. Maintaining most of the elements of the traditional Mario Kart games, a new feature, anti-gravity, has however been incorporated while we will see the return of bikers, glides and underwater driving. The anti –gravity feature will allow you to race on upside down and vertical roads while the bikes will only do wheelies when boosted via a mushroom, a rocket start or a boost pad. Also worth noting is the fact that, while in anti-gravity, if you bump into another racer, rather than just bumping your kart will spin.

Developed by Ubisoft massive, it’s an online third person multi-player role playing tactical shooter action video game. The plot goes like this. The US collapses in five days due to a disease that spreads on black Friday. A special group which you will be part of called ‘The division’ is established to not only combat the threat but also save what remains. Sounds like a lot of fun!

4. South Park: The Stick of Truth

This is one of the Games, 2014 you cannot afford to miss. Based on the TV series ‘The South Park’, it’s a role playing video game and if you loved the preceding three series, you will definitely fall in love with this one. Wait with bated breaths to be part of South Park.

Every gamer loves a great racing game. For a fact, Gran Turismo 6 falls in that category. Developed by Polyphony digital, it’s set to take racing games to a whole new level. Furthermore the game has received very positive views since its release in Dec 6, 2013 with an overall score of 80-81%. Get your pads ready, hone your skills and await to race like never before.

Looking Forward to a Smarter

A Handy Guide to Home Automati...

One of the main advantages