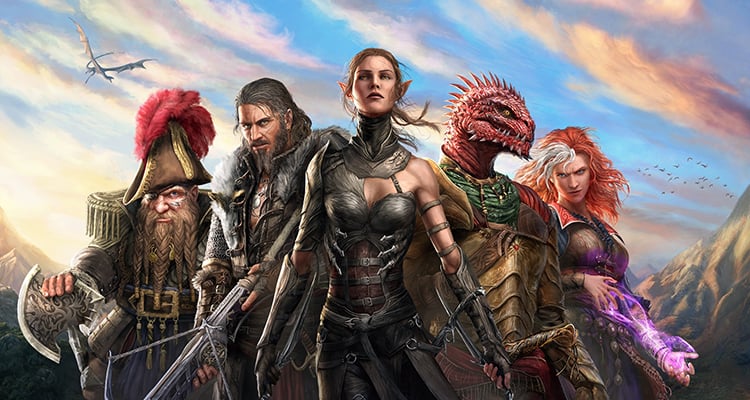 4 Modern Single-Player RPGs that You Just Have to Play

The Call of Duty games and Overwatch might be leading the multiplayer scene, but when it comes to playing on your own, nothing beats the experience of playing a well-made, single-player RPG. They have the best storylines and the thrill of building your characters as you progress through the game. The best part about modern action RPGs is that they mix elements of action games seamlessly into the combat, which makes for some of the most rewarding experiences possible in gaming. On that note, it’s time to take a look at some of the best role-playing games that the genre has seen recently.

If you liked playing the old pen and paper RPGs then you will love Divinity: Original Sin 2. If you have never played them before, you will still love this game. There are just so many possibilities in this game that it’s mind-boggling! The only thing which can restrict you from doing just about anything here is probably your unwillingness to experiment. It also looks gorgeous for what it is and as you get deeper into the game, prepare for some wacky, fun and dark adventures. You can also play it with up to three other friends for even more fun.

Diablo 2 still is considered to be the yardstick for new top-down action RPGs to measure up to and Grim Dawn is the classics game’s spiritual successor. Many gamers prefer it over even Diablo 3 and for good reason. It has strong character classes, the ability to mix two classes in one character, beautifully gory and fluid animations, the promise of immense loot and, of course, hordes of monsters for you to kill. The story isn’t its strong suit, but it gets the job done and if you like Diablo-style games, you will love Grim Dawn.

The third installment in the Dragon Age saga takes the turn-based strategy/RPG to a whole new level by introducing the open world of Thedas. The character creation tools at the beginning are excellent and the 90+ hours it will take you to see and do everything from there on is well worth it. There are 10 High Dragons in the game that you will need to defeat in order to complete it, and sometimes, the vast open world can make finding those Inquisition dragon locations quite difficult. Do not be discouraged by its vastness though; it’s a world well worth exploring and the squad-based fights are extremely fun.

If you had to choose just one game from this list, let it be The Witcher 3: Wild Hunt. Everything from the exciting combat, stunning graphics, excellent leveling system and the brilliant stories which have been interwoven with every aspect of the game in the best way possible; Wild hunt is not only a must play for RPG lovers, but it’s a must play for any gamer out there. The open world is vast and unlike Skyrim or Inquisition, it seldom really feels like copy-pasted content. Even the smaller quests and stories are done meticulously and everything you do impacts your story, as well as the life of NPCs in the game. Wild Hunt is an experience of a lifetime and CD Projekt Red has set the bar so high, that no RPG has managed to touch it since the game released back in 2015.

It would be an abomination to end this list without mentioning Dark Souls 3 because it was a superb RPG with arguably the best action, and if you like your games hard and challenging, it doesn’t get harder than the Dark Soul series!

The trend of everything moving