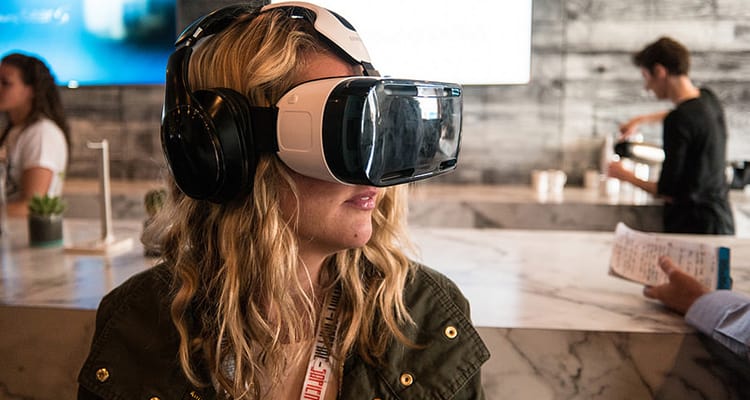 A few years ago, gaming on a smartphone was a sad replacement for gaming on a dedicated gaming system, to be done only while riding public transportation and during power outages. Now a combination of fantastic graphics and amazing smartphone game development with the huge market of gaming accessories has made mobile gaming fun and satisfying in its own right. Amp up your mobile gaming experience by investing in some of the hottest gaming accessories of 2016.

Several good external controllers exist to fit different kinds of smartphones, so what you choose will depend both on the device you have and on your personal preference. One of the most popular options is the MOGA Pro, an Android-compatible external controller with a holder for your phone. The button layout is similar to the Xbox controller, and the device offers a built-in 2200mAh charger for your phone.

One of the coolest controllers for certain iOS devices is the Logitech PowerShell. Instead of clipping your phone above the handheld controller, the PowerShell wraps around your device like a case. It extends on either end lengthwise so that when you turn the phone to landscape orientation, you have two spots with buttons to grab. It’s more like playing a PSP than an Xbox, so you get to choose which style of gaming fits your mobile needs best.

The newest in wearable technology is the VR headset. Make gaming totally immersive by slipping one of these innovative devices over your eyes and physically exploring the world with every movement of your head.

A year ago, looking up VR headsets would bring up only a few results, like the Oculus Rift. Now, though, you’ve got lots of VR options, depending on your system, your budget, and your preferences. Note that some VR sets just hold your phone screen in front of your face and block out the light, while others actually plug into your computer or your phone and display the graphics through the VR device.

If you’ve got an Android phone, go with the LG 360 VR device, which is designed to be compatible with LG Android devices and is an actual VR set, not a holder for your phone.

VR headsets offer an immersive experience for your eyes, so make sure you’re giving your ears the same treatment. Noise-canceling headphones have been around for a while, so it’s less impressive to own a pair, but that means the technology has gone through years of development and is nearly flawless.

Bose, a noise-canceling headphone pioneer, is still one of the most popular brands for this type of earwear. If you’ve ever had a chance to wear a pair of Bose QuietComfort headphones, you know why everyone loves them. Moreover, although the price of a set of Bose headphones can be prohibitive, many other brands, such as Sony, make noise-canceling headphones and earbuds that work very well and that don’t cost as much.

One of the only downsides to gaming on your smartphone is the toll that doing so takes on your battery. The better a game’s graphics and UI, the faster your battery drains. As any hardcore gamer knows, the threat of your phone’s running out of power in the middle of a level is unacceptable. The answer? Battery packs.

EViO offers the POWEROCK, a 13600mAh portable charger that has enough juice to feed a tablet or several mobile devices. It offers two USB ports, allowing you to plug in your Android smartphone at the same time as you’re providing power to one of your favorite wearables. Plus, the POWEROCK is about the same size as the average smartphone, so carrying it with the rest of your gaming gear isn’t an inconvenience.

Bump your mobile gaming to the next level by accessorizing your smartphone. Once you’ve accumulated some of these great accessories, you may find yourself reaching for your smartphone, your VR headset, or your noise-canceling earbuds almost as often as you reach for your system’s controller.

How to Search for a Reliable V...

Is it time to reduce

Why get an Engineering Degree?

Engineering is part of everyday